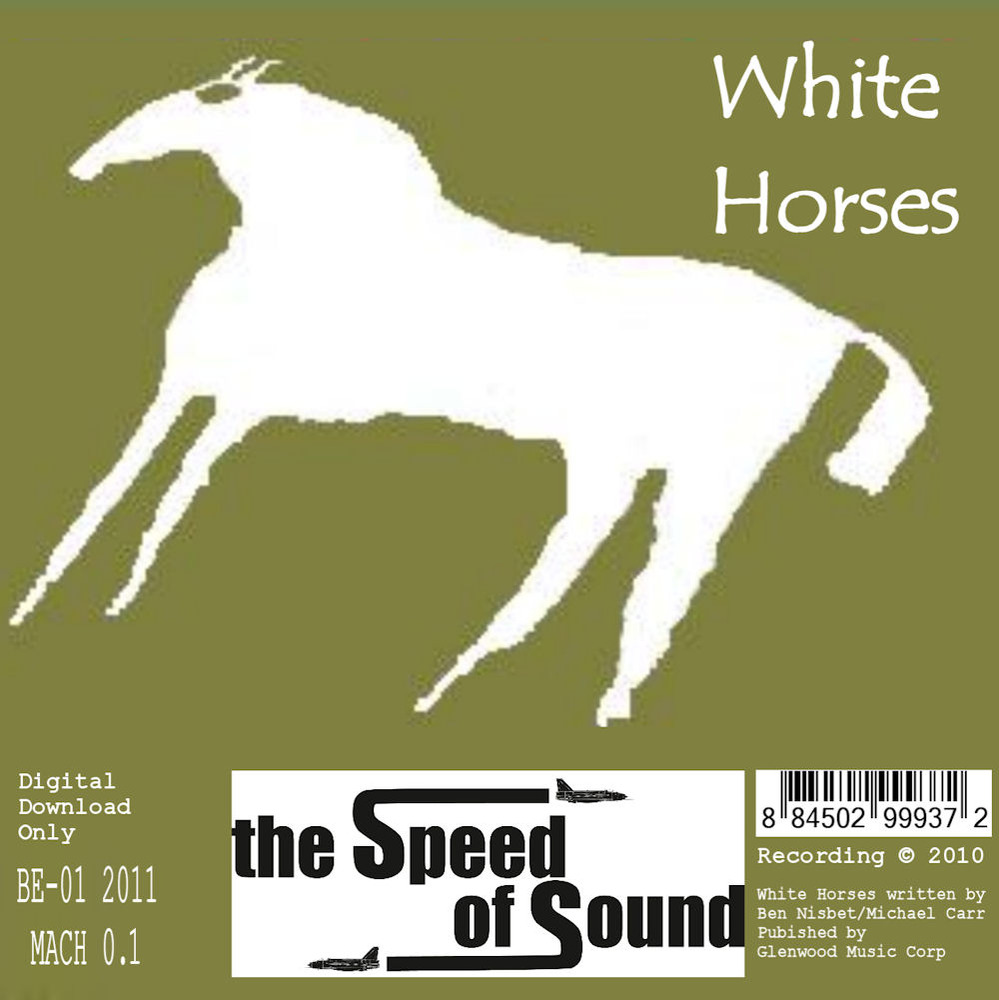 Q: Why White Horses as a single?
A: It is one of my wife's favourite tunes and has a great chord sequence; plus instant recognition. The original is tremendous fun but I felt that a more vigorous ride would work too, This is not exactly a Valkaries' stead or Wotans' eight legged horse, but it is probably a slightly crazed over excited animal being let out after a few days of terrible weather. Liable to spook and a bit forward, flared nostrils, pawing the ground. With an exhilerating freakbeat soundtrack and no hat. It is exciting and maybe dangerous. Click click; walk on.

There are two versions of the video - one featuring stills and location shots from the TV program, and one featuring Saffy the pony.

Video Version 1: with subtitles in German, as a slight homage to the original dubbed TV program.

And for horse enthusiasts here's Saffy the Star at home. 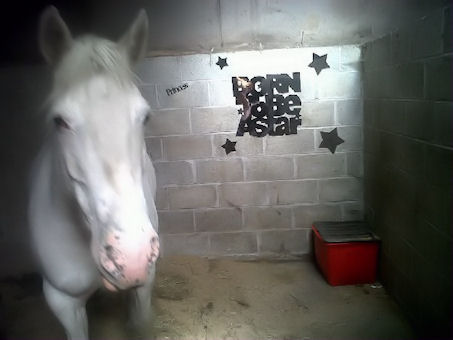 White  Horses: written by Ben Nisbet and Michale Carr, published by Glenwood Music Corp and recorded under licence by The Speed Of Sound
Posted by TheSpeedOfSoundUK at 20:11