Keep It Quiet, no don't do that, shout it from the rooftops! It is here: The new single is No.82 in the Big Stir Records catalogue is here (scroll to 82) released into the world to fend for itself and have adventures of its own. As we welcome its twin themes of climate change plus the metaphor of the human relationship with Mother Nature as domestic violence, all set to a pulsating buoyant bouncing rhythm, here, is the video:

Posted by TheSpeedOfSoundUK at 15:37 No comments:

31 years in and The Speed Of Sound are not averse to new things; the imminent release of the new single sees the addition of keyboards to the sound of Sound. And it is none other than Henry Armstrong, (yes, son of JohnA) that can be found twirling the Korg knobs and pressing the keys. 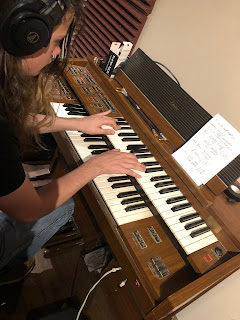 Adding a new dimension of sounds and textures.

On the Everything Changes album the idea was to capture the live sound. Similar to The Clash's first album; it was a simple plan - go in the studio, play the songs and record them. It is essentially a live album without audience noise.
With the current recordings the live approach was retained, playing together, set-up as a live band, but adding a lot more studio nuance and way more things that can't be done live.
The keyboards however, are part off the long-term plan and will be out there with us once it is sensible to play gigs again post-pandemic.
Until then we don't want to put an audience, sound-crew or obviously ourselves at risk.
Stay safe out there people!

And, before there is more live music there will be more recorded music... very soon... 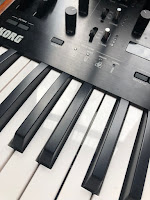 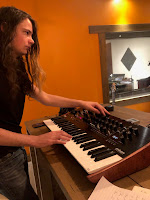 Posted by TheSpeedOfSoundUK at 12:22 No comments: