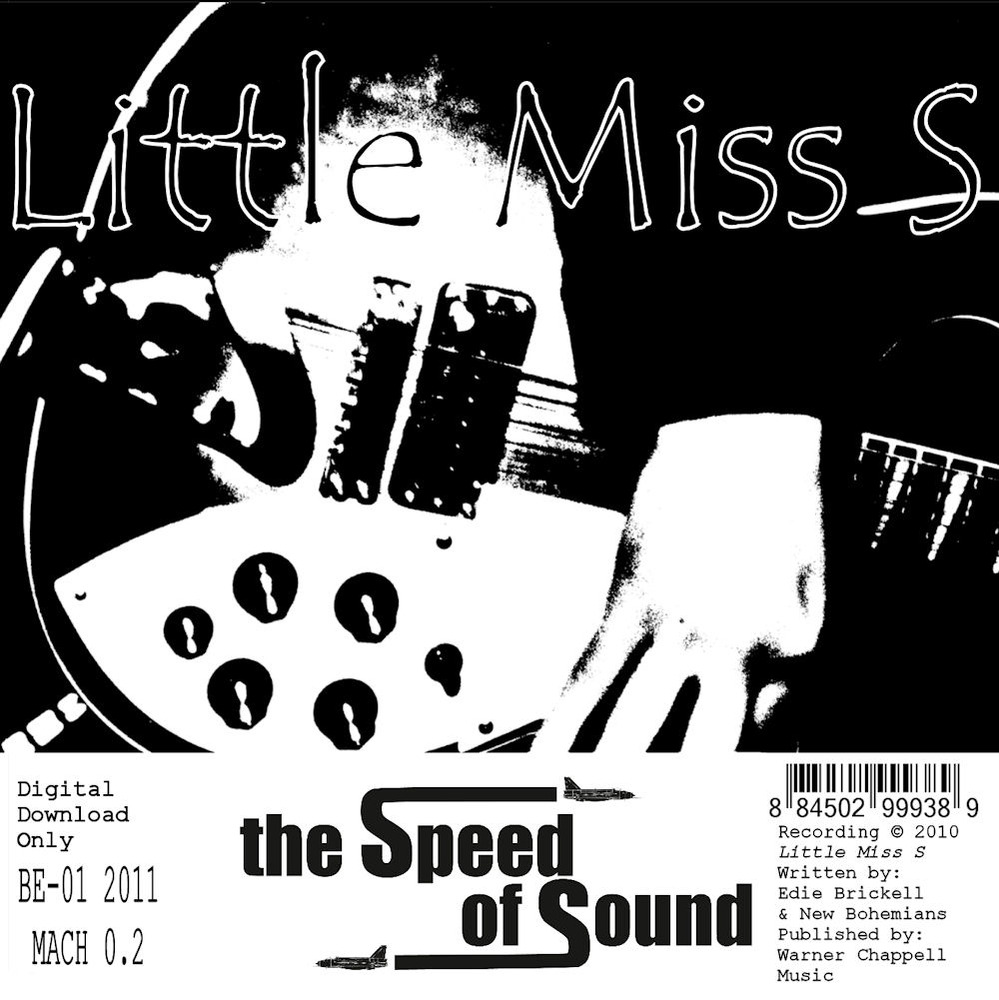 Q: Why Little Miss S as a single?
A: The second song on Edie Brickells' Shooting Rubber Bands At The Stars LP in '88. Not on the face of it an obvious choice, but there is something of the Boomtown Rats 'Diamond Smile' to it and any song the has a first line like 'Shooting up junk in the bathroom' deserves better recognition. Little Miss S did get played as an aside during rehearsals sometimes but was never performed live.
Q: Can you describe it?
A: A psychrock controlled power-freakout of life affirmation: You've got a lot of living to do. If you are wobbling on the rails with life a potential train crash around you, don't worry - that is normal. Listen to the Rickenbacker.

Little Miss S written by Edie Brickell & New Bohemians published by Warner Chappell Music and recorded under licence by The Speed Of Sound
Posted by TheSpeedOfSoundUK at 19:01