Music vs The world

Music vs The World heard us and wrote this:

Have you ever wondered what it would be like to hear a merger between Jimi Hendrix, The Rolling Stones and Lou Reed?... The vocals are dark an melancholy - they have an intense quality that makes me stop everything I'm doing and just listen. The music surrounding the words pulls me along like a tide, making me drift away from reality without feeling that I have an option... 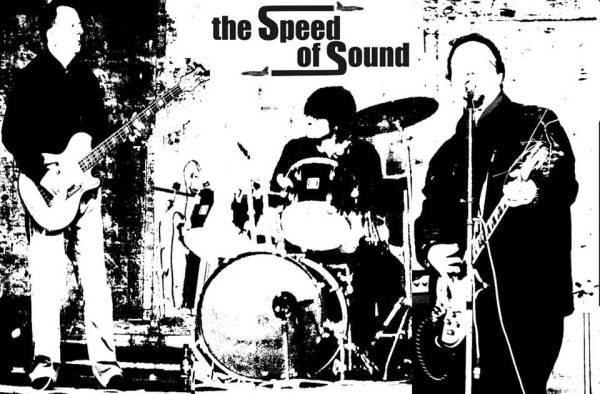 a gig poster made of chocolate

The remarkable Jordan Bolton has produced a chocolate gig poster for A Slice Of Nice on 30th March
Nice font too. 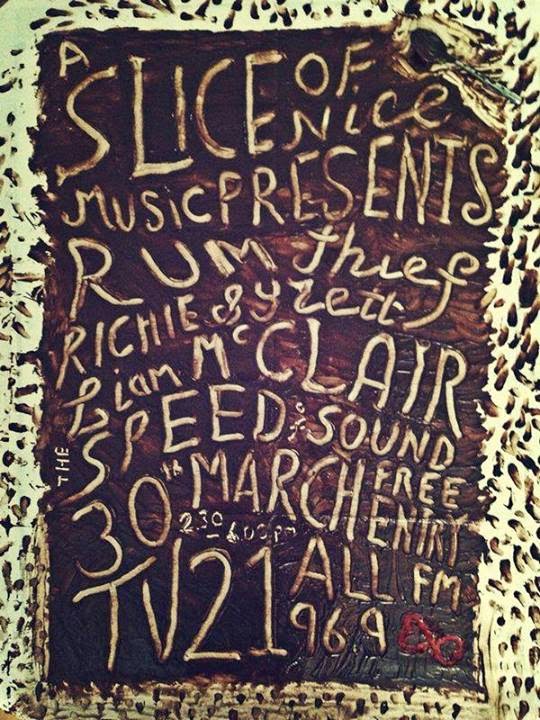 Posted by TheSpeedOfSoundUK at 20:58 No comments:

My acoustic guitar is older than me, she is a curvy-blonde late 50's Antoria with 'f'-holes; she has just returned from Guitar Hospital having had an operation to fit an original Antoria branded late 50's pickup. This is all Pretty Damn Exciting.
The pickup has an integral scratch-plate complete with tiny volume and tone control knobs and, given that it is going on for 60 years old actually looks new. The fitting process was more complicated than it might have been as the wiring was OK but the pickup was dead and needed rewinding. mojopickups.blogspot did a picture blog of the rewind so if you are intrigued by the phrase paper-bobbin and dig mid-century technology you might want a look at his pictures.
They're here.
The results are great with a full tone spectrum (although it seems to be reverse wired and turning the tone up increases the bass - or reduces the razor sharp treble, rather than the expected way round). Its not the most powerful pickup by a long way, but its pretty damn cool, and the lovely Ms Antoria is ready to go electric in Manchester on 30th March at A Slice Of Nice. Come and see her. There's not much difference to look at, the scratch-plate is a different shape and there are a couple of controls now, plus the pickup of course. Thanks to Forsyths of Manchester and Mojopickups for the rewind, an unusual job. Nice fitting too, there are plenty of curves on her arch-top so positioning was not as easy as it looks. 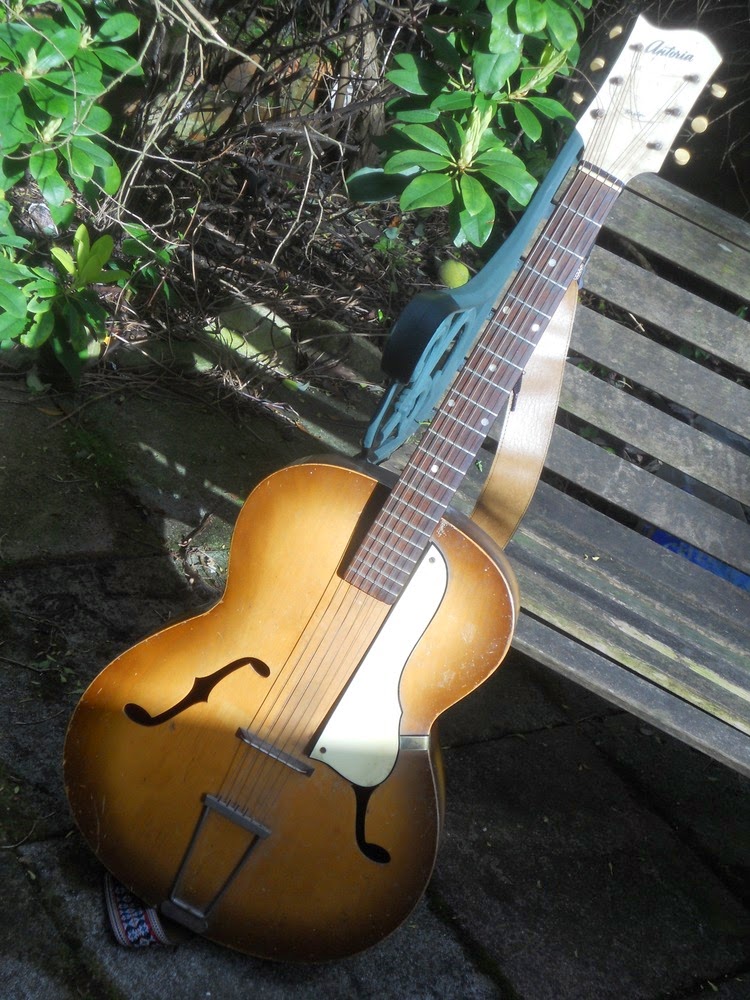 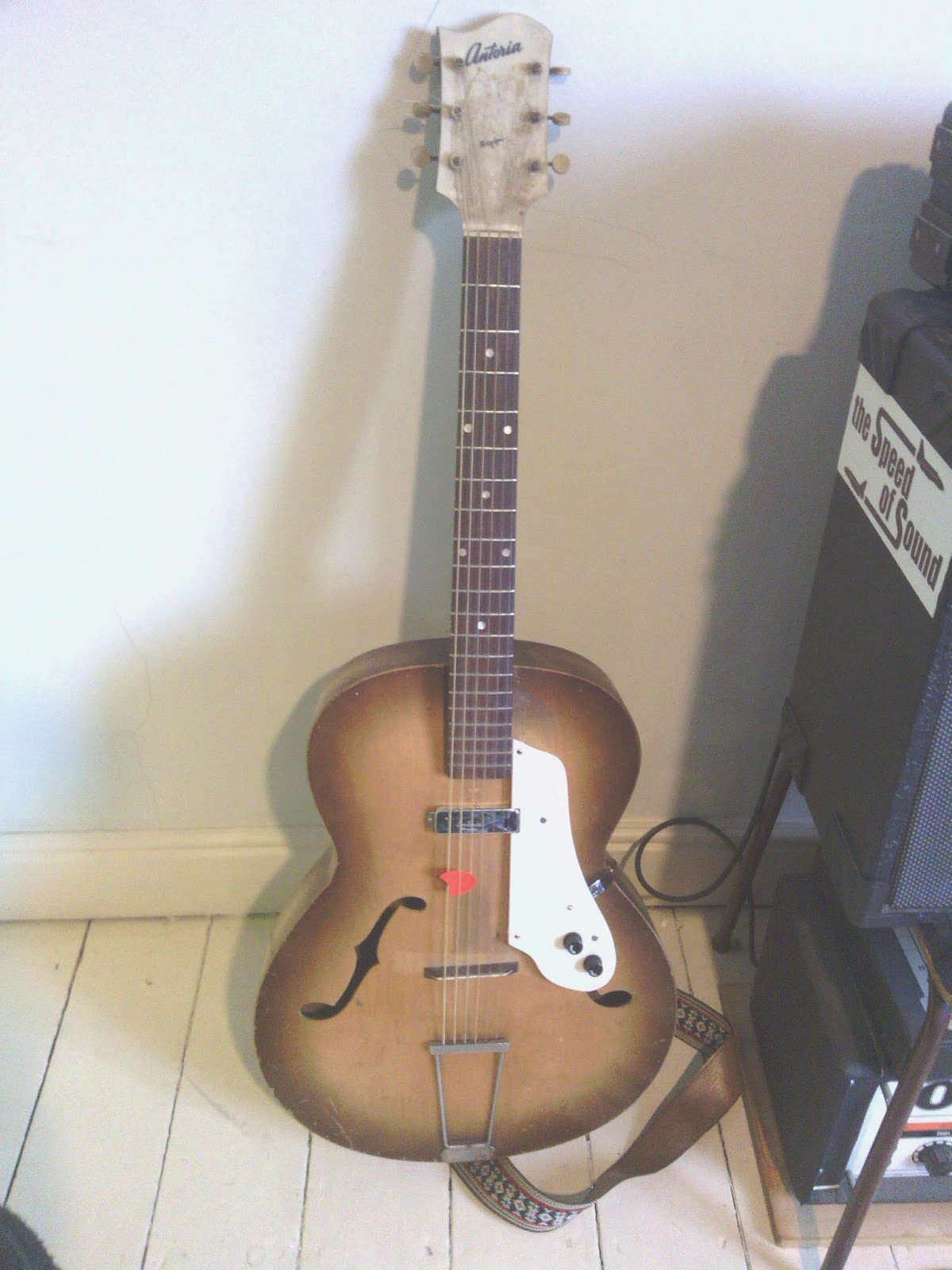 There's another Antoria here; that sold at Bonhams for £43,250 because she used to belong to someone called Paul McCartney
(I paid £15 for mine in 1985) 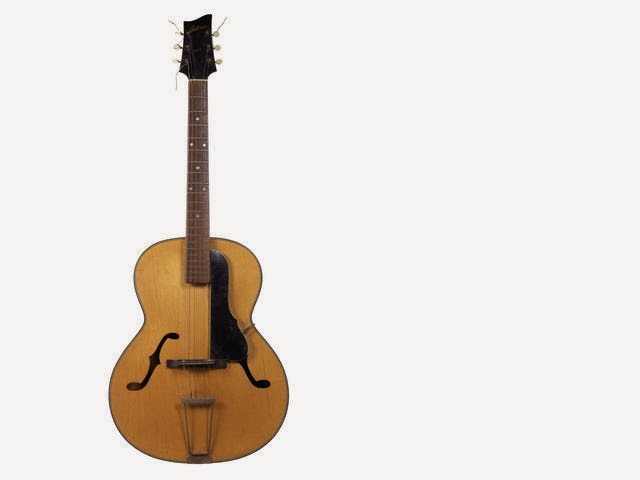 Posted by TheSpeedOfSoundUK at 19:16 No comments:

"We're going to take you through the looking glass"

"We're, going to take you through the looking glass..." the Rickenbacker 12-string chimes and sparks the notes from A-minor as the trip begins, hurtling through the mirror, into Lewis Carroll and John Tenniel's superbly imagined Looking Glass World.
Aside from the absence of The Cheshire Cat; Alice Through The Looking Glass and What She Found There beats its more famous sister Wonderland. It's far darker and creepier. Written on a Hofner Senator six string (the same type of guitar that Jeff Beck trashes when the amp buzzes too much in Antonioni's 60's classic Blow Up), the chess board fields gave the title to this homage to Looking Glass World. Checkered Land was first released on the 1989 EP and has always been in the live set. This version was recorded in 2013.
Click here to listen. 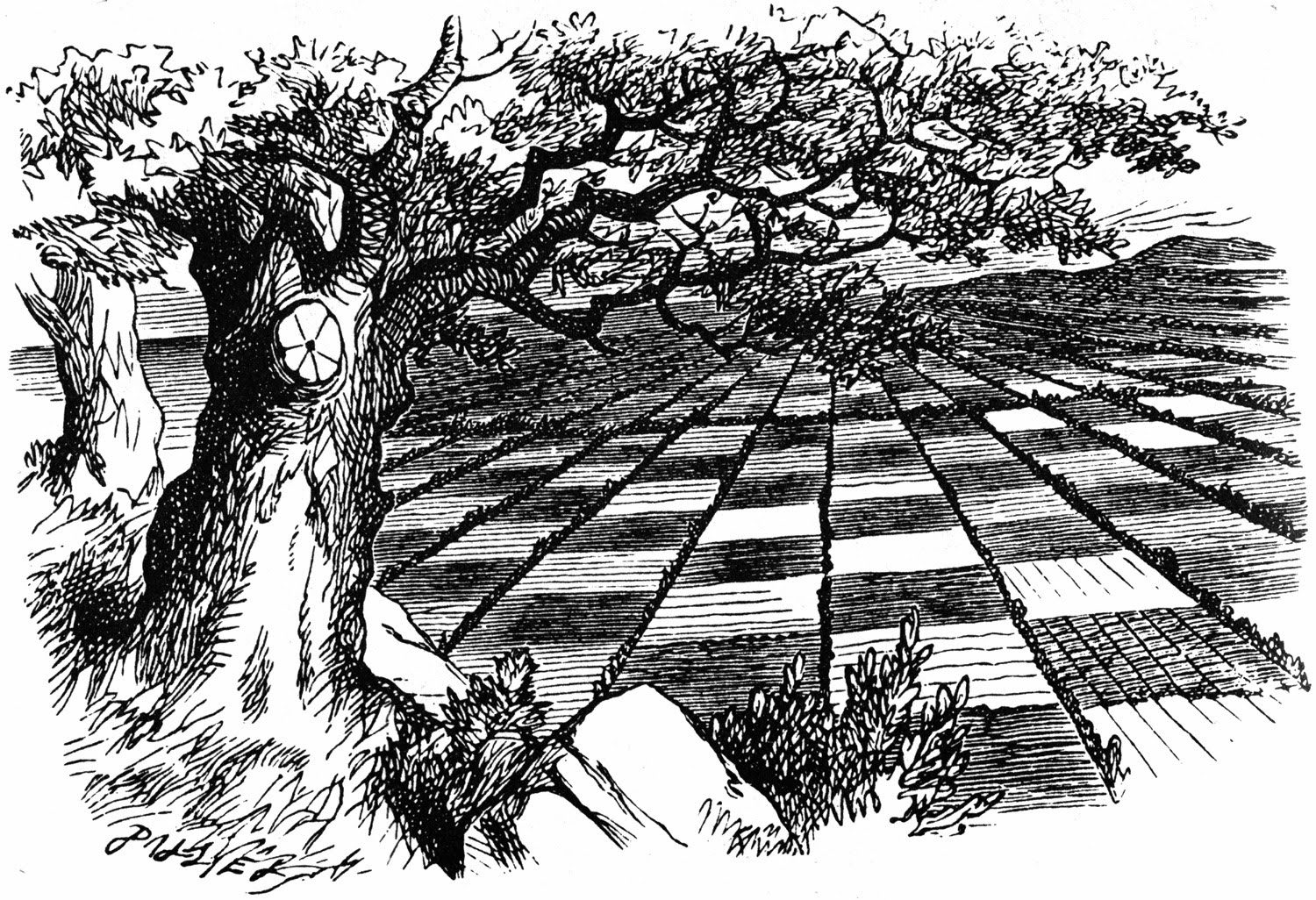 You hear of a man who is in the cells
You will find out you have met him before
He's guilty now but he has done no wrong
You could join him there before too long
You could be the one who is judging him
What is this place that you are in
And where's the queen has she changed to you?
Don't you think you'll be changing too?

From the narrow wall things are explained
Now its your move so its off to war
The feuding mascots drum you away
:Like the leaders of the day
You were taken prisoner on your way
The white night came and rode away
You take the queen, you shake and shake
She purrs so loud until you awake