I See You Everywhere That I Go

I See You Everywhere That I Go - The first song on the first album.


The video shows The Blood Oranges one night in early 1990
(Without Christine which happened sometimes) so the video features John, Paul Shaw and Denis Duffy
The Audio is The Speed Of Sound recorded in 2010 for The Speed Of Sound At Tree Level.
Q: What is it about?
A: A paranoia song, or is it a love song? Or is it a song about paranoid love?
Written on 7th November 1989 - two days before the Berlin Wall came down - this was in the live set throughout. Re-recorded in April 2010
Paul is playing a BC Rich 6 string through an octave pedal which effectively gave him a 6 string bass. When he did that there were 18 strings ringing, instead of the more usual 10. He normally played a 'regular' 4 string bass - also a BC Rich. 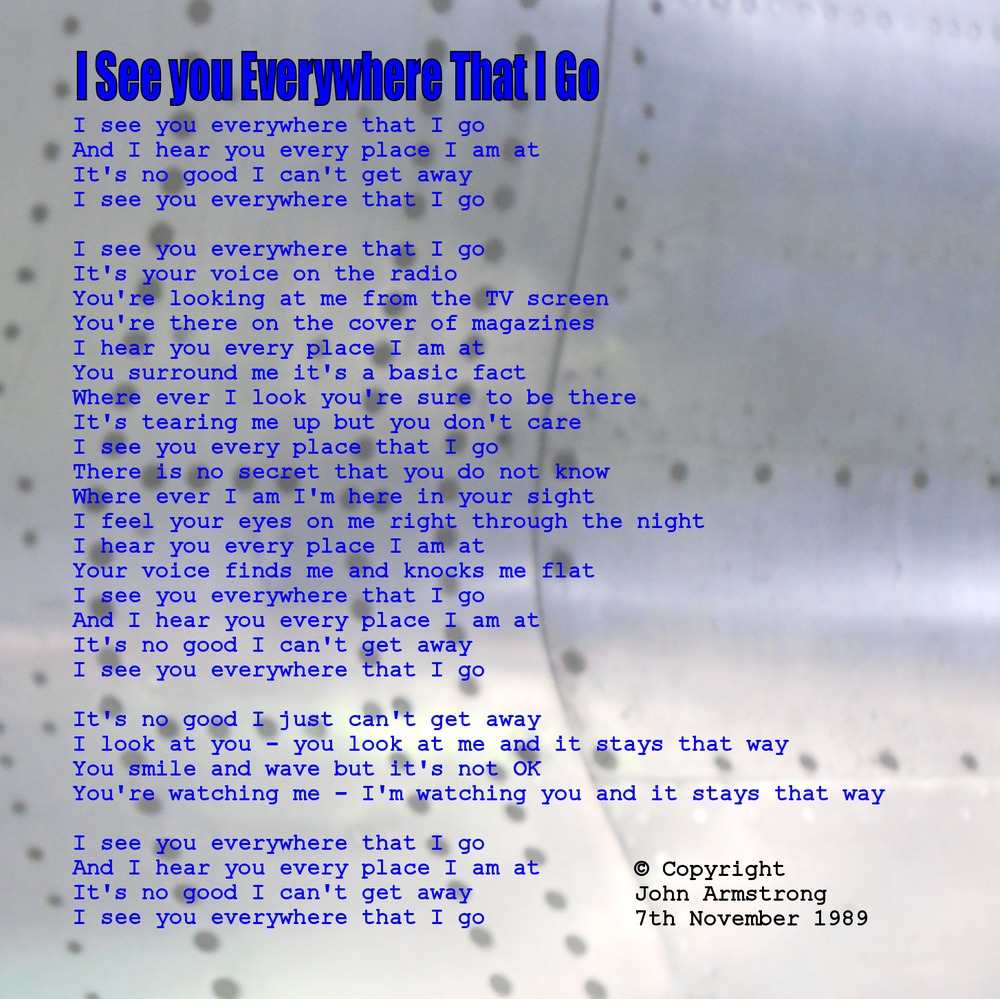 Email ThisBlogThis!Share to TwitterShare to FacebookShare to Pinterest
Labels: album, I See You Everywhere That I Go, mp3, music release, the speed of sound at tree level, video