Thanks Glasgow; Ivory Blacks was good and a remarkably smooth trip there and back - see you again!

Set List :
Checkered Land
Shut All The Clubs
Seen It All Before
Maid Of The Grey
Girl On The Roof
Love
The Wargame
Sit By The River
There's No One There 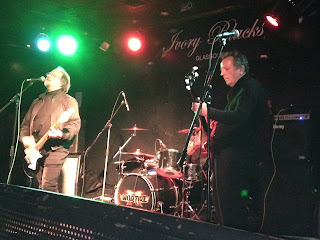 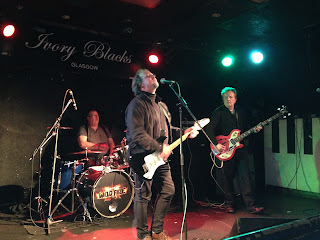 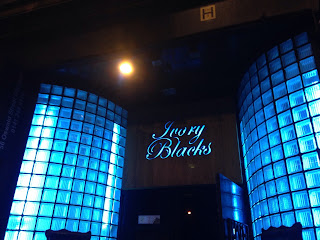 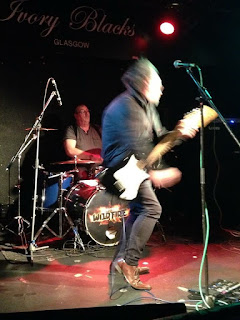 We were out again on Sunday, opening the day at The Station in Ashton-Under-Lyne in the We Shall Overcome xmas special week, good to be involved again and we're back there on Sat 5th for another one before our 'What's The Alternative?...This is!' gig

WSO set list: 29Nov
I Can't Say
Girl On The Roof
Seen It All before
Checkered Land
Shut All The Clubs
Day In Day Out
Love
The War-game
Uhrwerk
Sit By The River
There's No One There

Posted by TheSpeedOfSoundUK at 12:14 No comments:

Email ThisBlogThis!Share to TwitterShare to FacebookShare to Pinterest
Labels: glasgow, the speed of sound, we shall overcome, wso

Moving into the final phase of the year and into the next phase of everything else; the new single has just been sent off today to be mastered. More on that later. 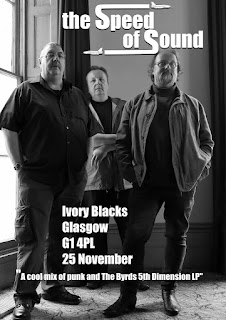 Our first gig in Scotland is in Glasgow on Wednesday, we're back at We Shall Overcome festival twice inside a week on 29th and 5th both gigs at The Station in Ashton and our second gig of the day on 5th is with Black Sonic Revolver at the last 'WTA?' of the year.

After that its recording again later in December to get moving along with the second half of the new album. And, adding nuances, plus a whole other dimension to what is already there.

We got work on four new songs underway at the last rehearsal and there are still more to follow.

Need to get moving on the single artwork and a video. 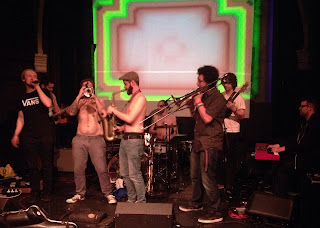 Killamonjambo heating it up at 'What's The Alternative?...THIS IS!' on 14th Nov.

The Speed Of Sound set was:
Only Everything, Overlooked, Shut All The Clubs, Day In Day Out, Checkered Land, Love, Uhrwerk, The Wargame, Little Miss Restless, Maid Of The Grey, Seen It All Before, Girl On The Roof, Sit By The River, There's No One There

Black Sonic Revolver have their 2nd album launch at the gig on 5th December. 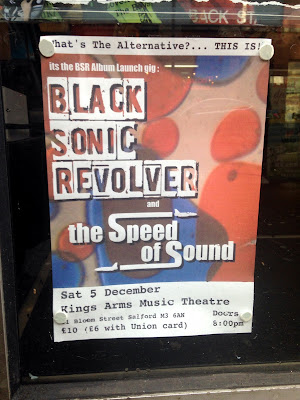 Posted by TheSpeedOfSoundUK at 20:06 No comments:

We're live again on Saturday (14Nov) with Killamonjambo as our What's The Alternative? guest, seven piece hot ska funk to wake up the night. Ignore the chill in the air outside as Killamonjambo bring their raging hot ska-funk to Manchester.  August 2014 saw the release of their debut studio album “Fiesta Moon Landing” which reached number 16 on iTunes reggae/ska album chart. 2014 saw their Glastonbury debut on the Avalon Café and Croissant Neuf stages following which they were hotly tipped by BBC Radio 2’s Jonny Walker. 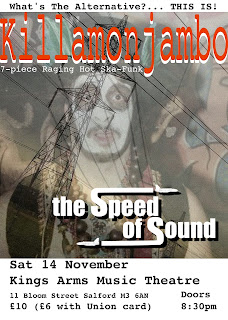 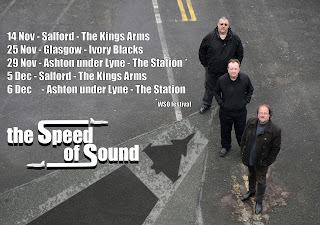 And The Speed Of Sound start the next five live shows of the solar year.

Posted by TheSpeedOfSoundUK at 14:59 No comments: