Easter Saturday sees the next 'What's The Alternative?...' as The Electric Stars visit, and play their first gig of the year, they will be unleashing a selection of new songs for their second album so this is an exclusive, a chance to hear them first. 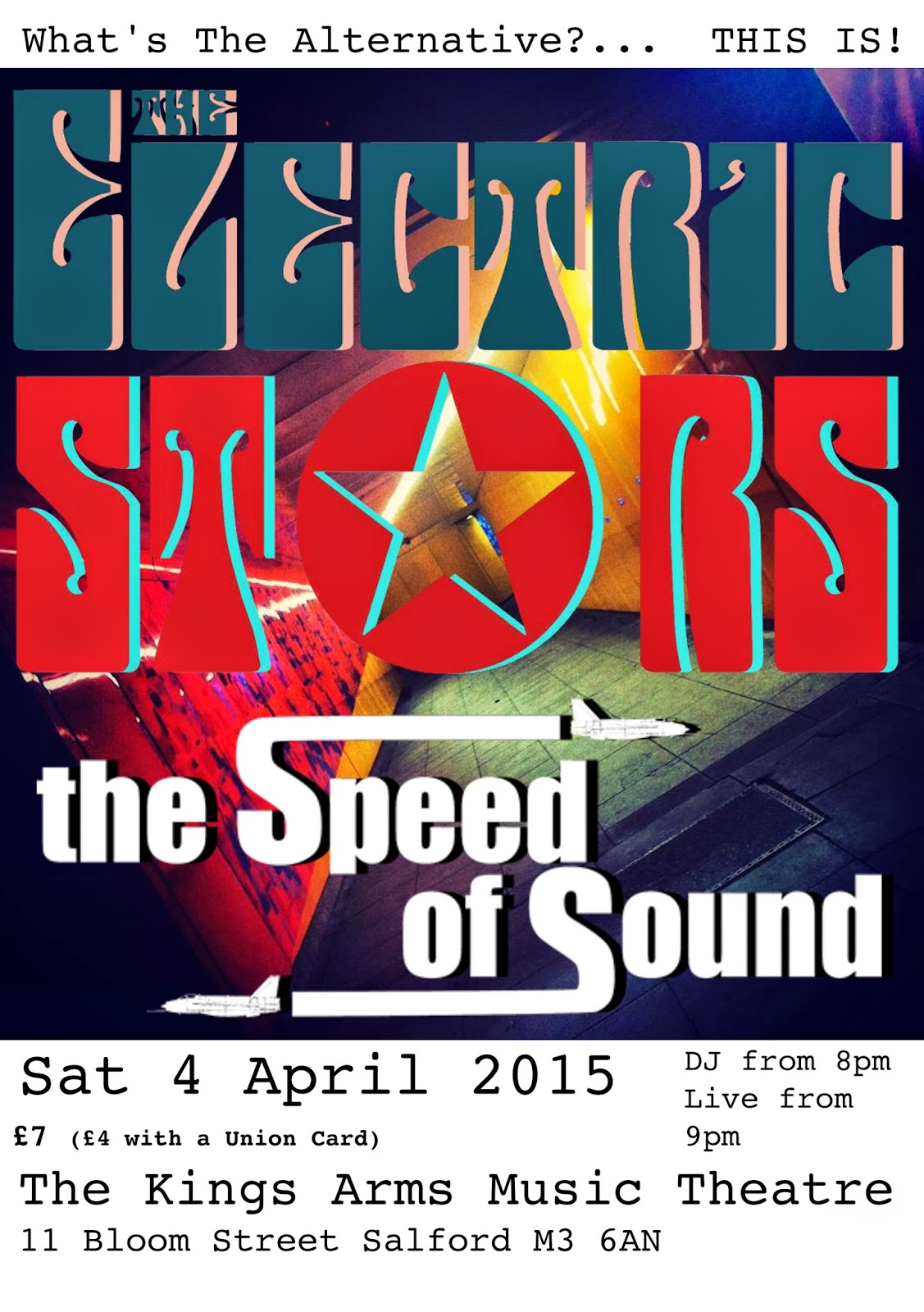 and, if you want to hear a preview there's a radio interview and session here
Posted by TheSpeedOfSoundUK at 21:46 No comments:

Email ThisBlogThis!Share to TwitterShare to FacebookShare to Pinterest
Labels: kings arms, live music, The Electric Stars, the speed of sound, whats the alternative

Live with Bone Box and a borrowed drummer

it was a Fab gig with Bone Box on Saturday, as their frontman Jay Taylor said "we had a blast". Great sound from KingsArms again and MASSIVE Thanks to Jonathan French of The Electric Stars for sitting in on drums for us while we're looking for a new drummer. He did a superb job. 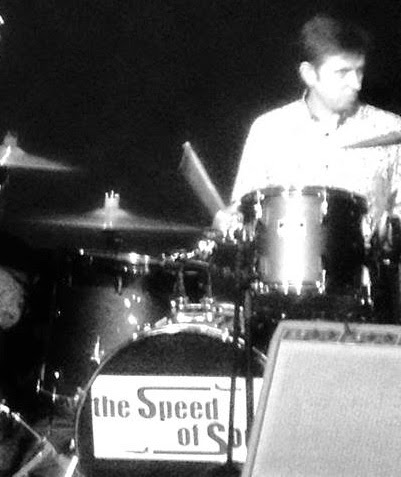 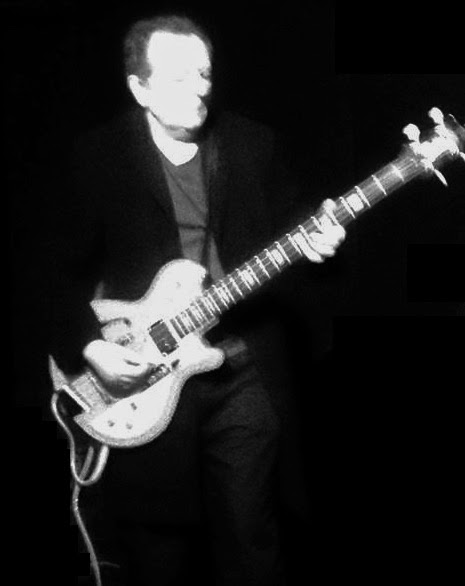 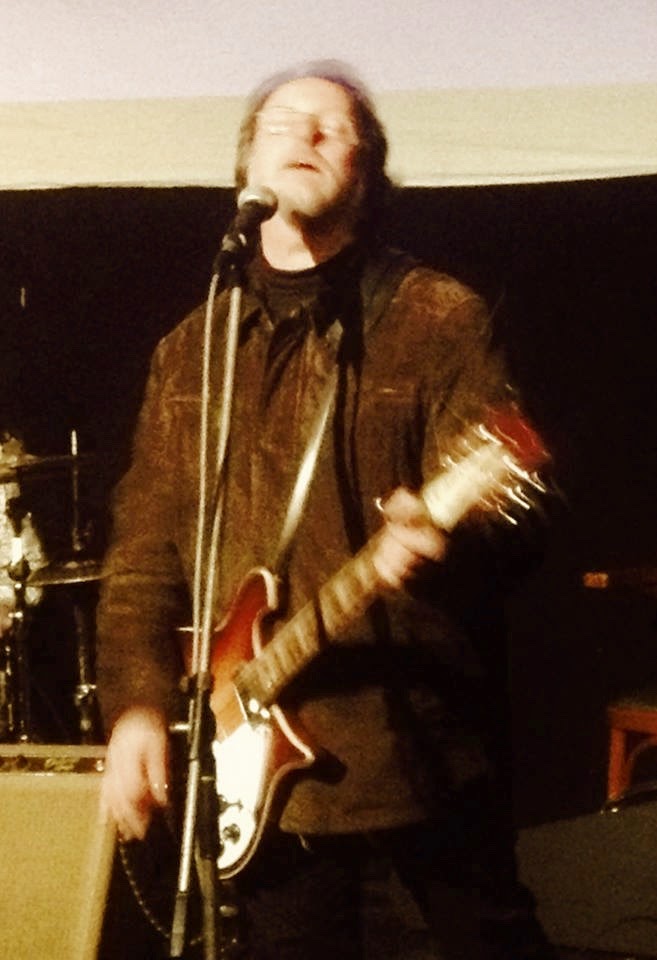 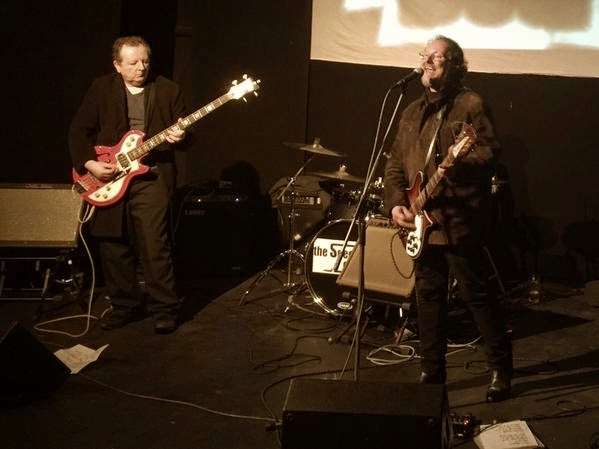 Bone Box did a terrific set, a seven piece band with brass too, ace to see them in such an intimate setting - big thanks to them and to everyone that was there; we're back in three weeks with The Electric stars as our next guest. Catch us if you can 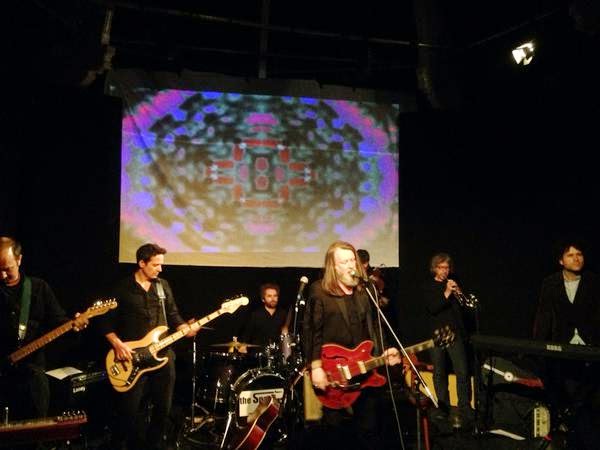 Posted by TheSpeedOfSoundUK at 10:31 No comments: 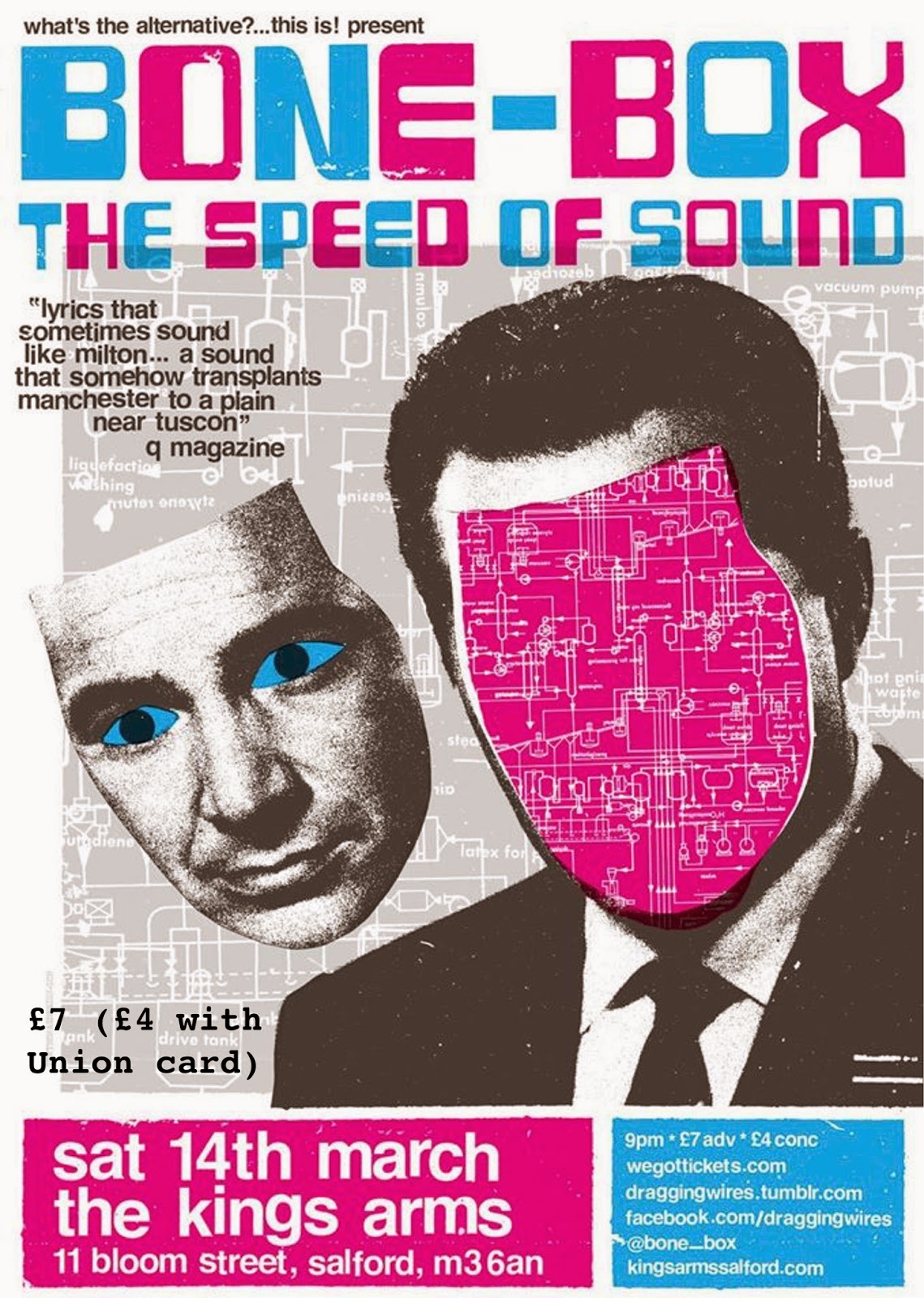 Posted by TheSpeedOfSoundUK at 10:32 No comments:

The Speed Of Sound CDs and vinyl (and badges) are as of today stocked in Muse Music
(38 Market Street Hebden Bridge, HX7 6AA) an independent record shop run by enthusiast Sid Jones. 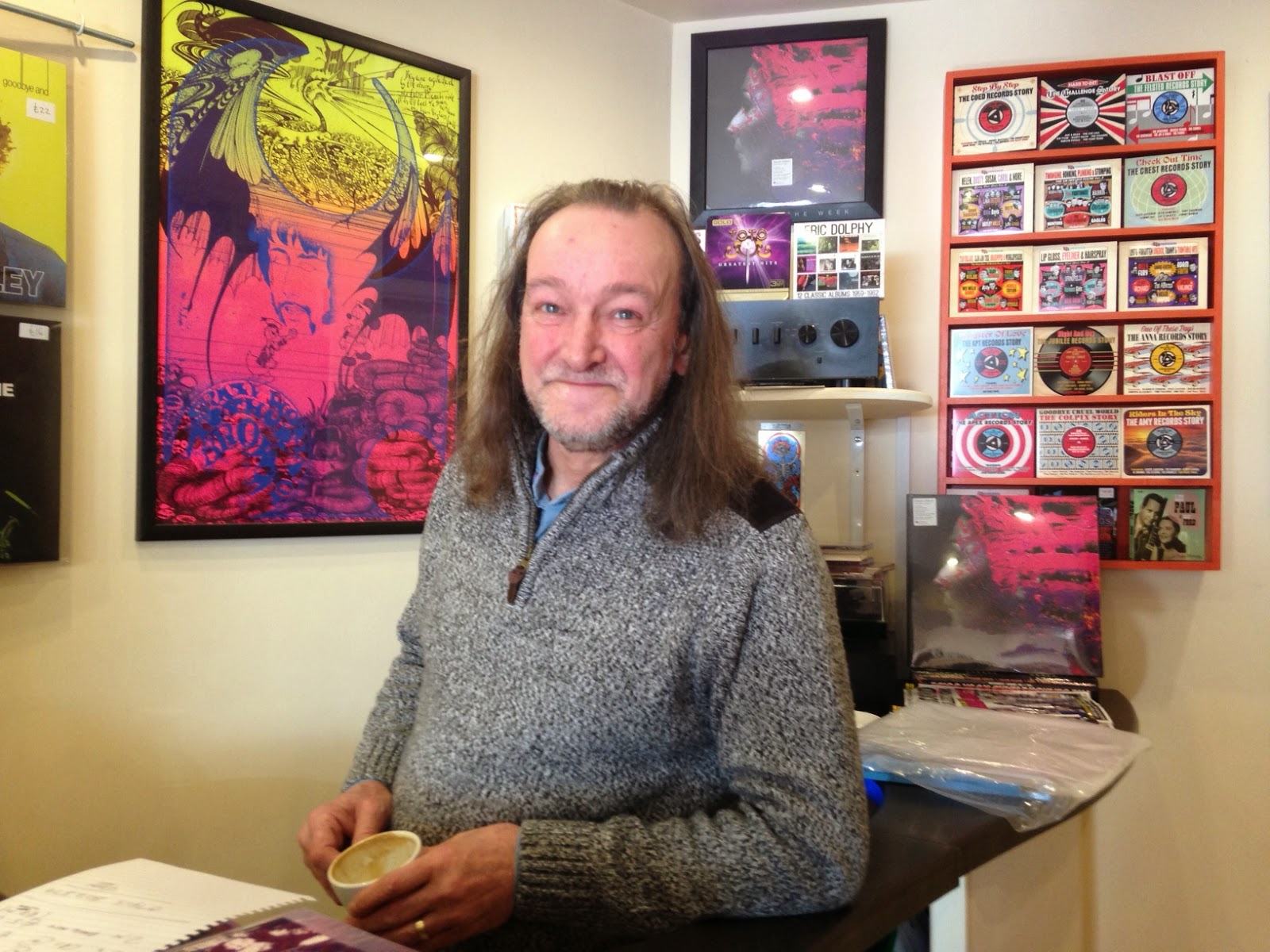 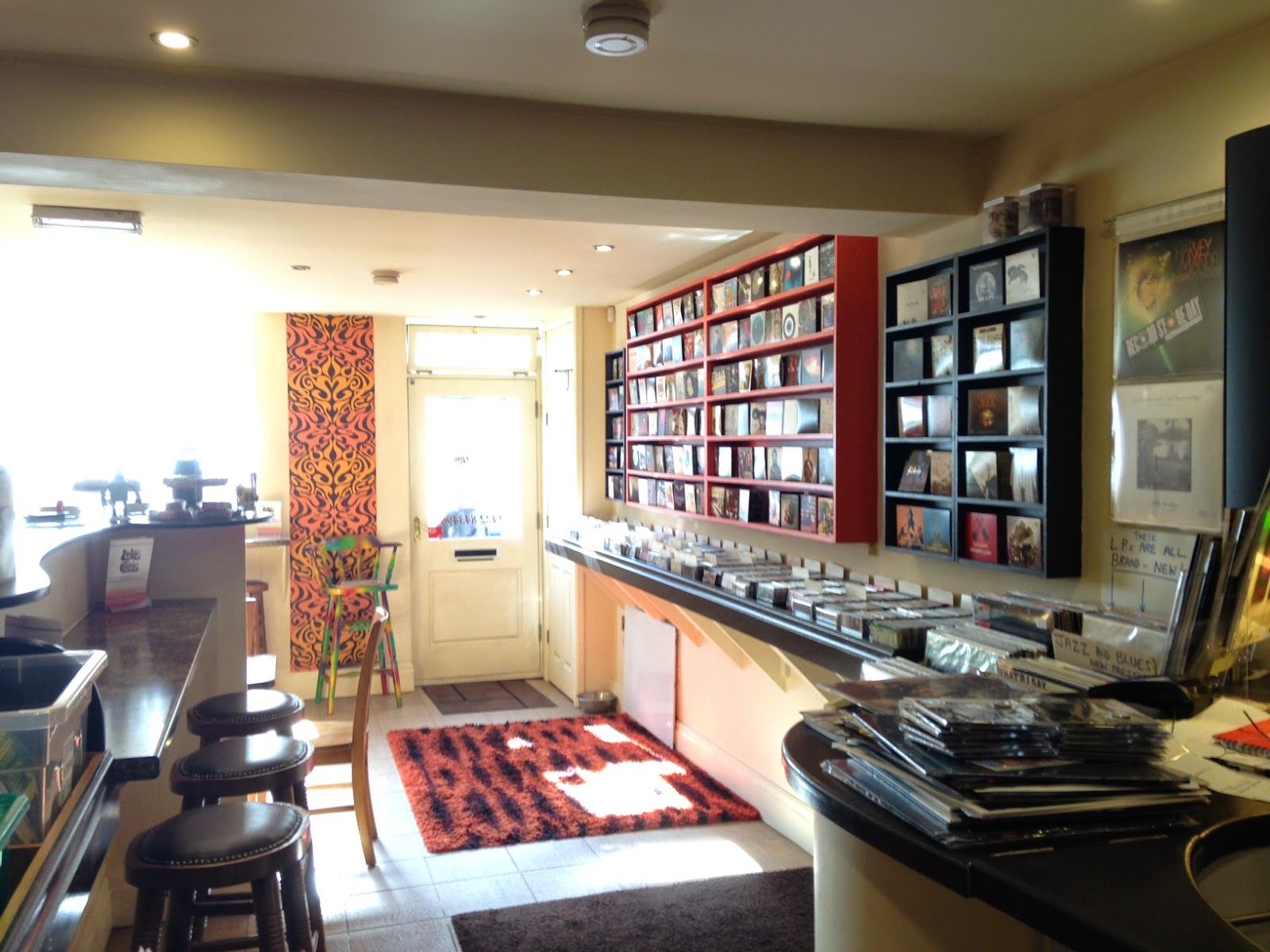 A cool shop with an in-store cafe too, so browsing can be a leisurely affair. 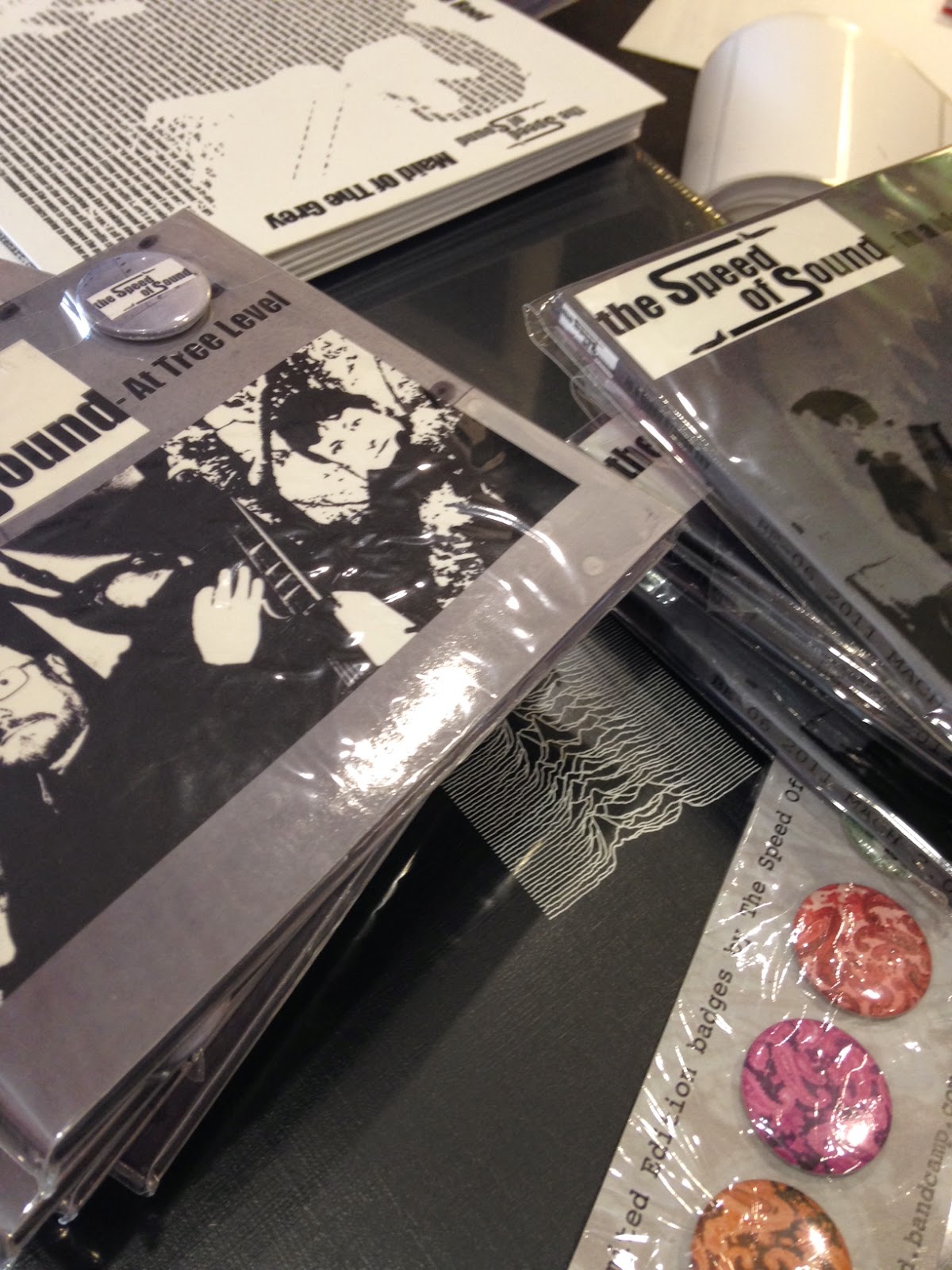 This makes physical shops selling the physical music in four counties so far, as Muse Music join Spivey's Web in Macclesfield, Vinyl Revival and Piccadilly records in Manchester and Thomson & Co. in Haslingden. 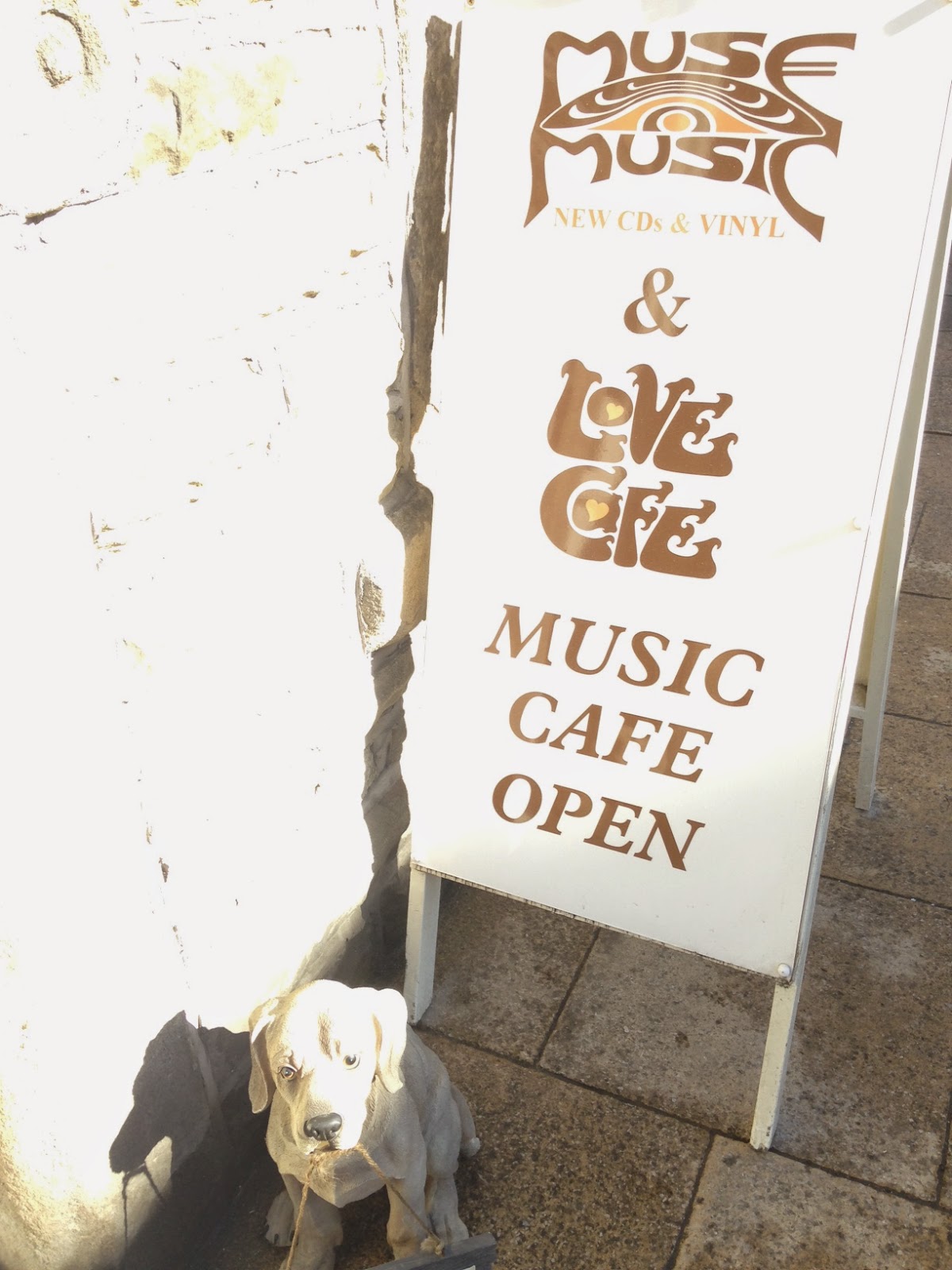 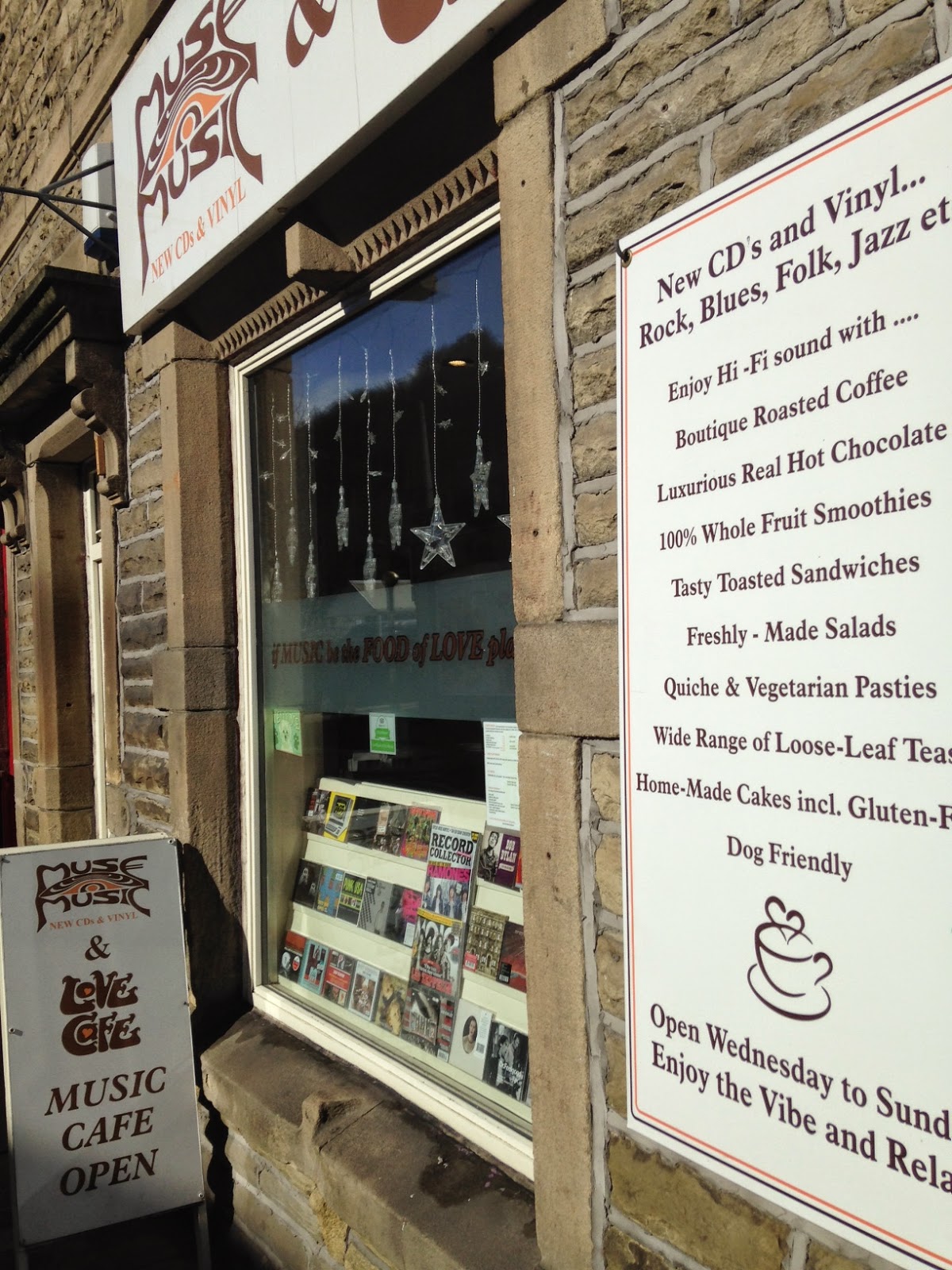 (NB: that's not a real dog)
Posted by TheSpeedOfSoundUK at 20:20 No comments:

No fuss, no drama, we're evolving again and looking for a new drummer. 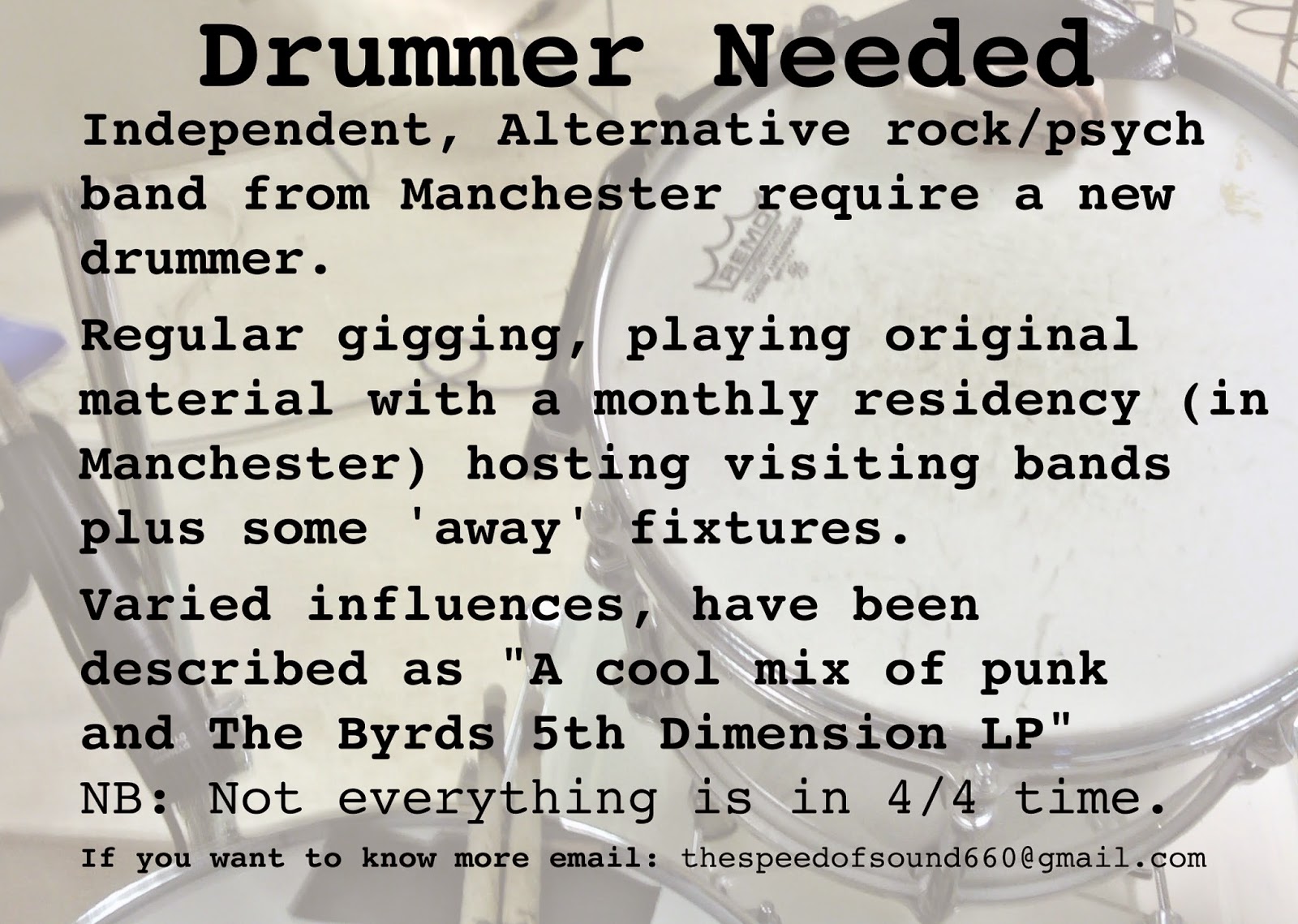 Everything changes.
"It is not possible to step into the same river twice" (Chinese proverb).
Between the middle of October and last week Owen played six gigs with us, recorded two songs, gave two interviews, did a photo shoot and filmed a video. Packed a lot in. We like to stay busy.
We have cover for the gig with Bone-Box on 14March. But if anyone knows anyone that would be interested, let us know. We want get working with whoever the new person turns out to be as soon as possible. Spread the word. Thanks. 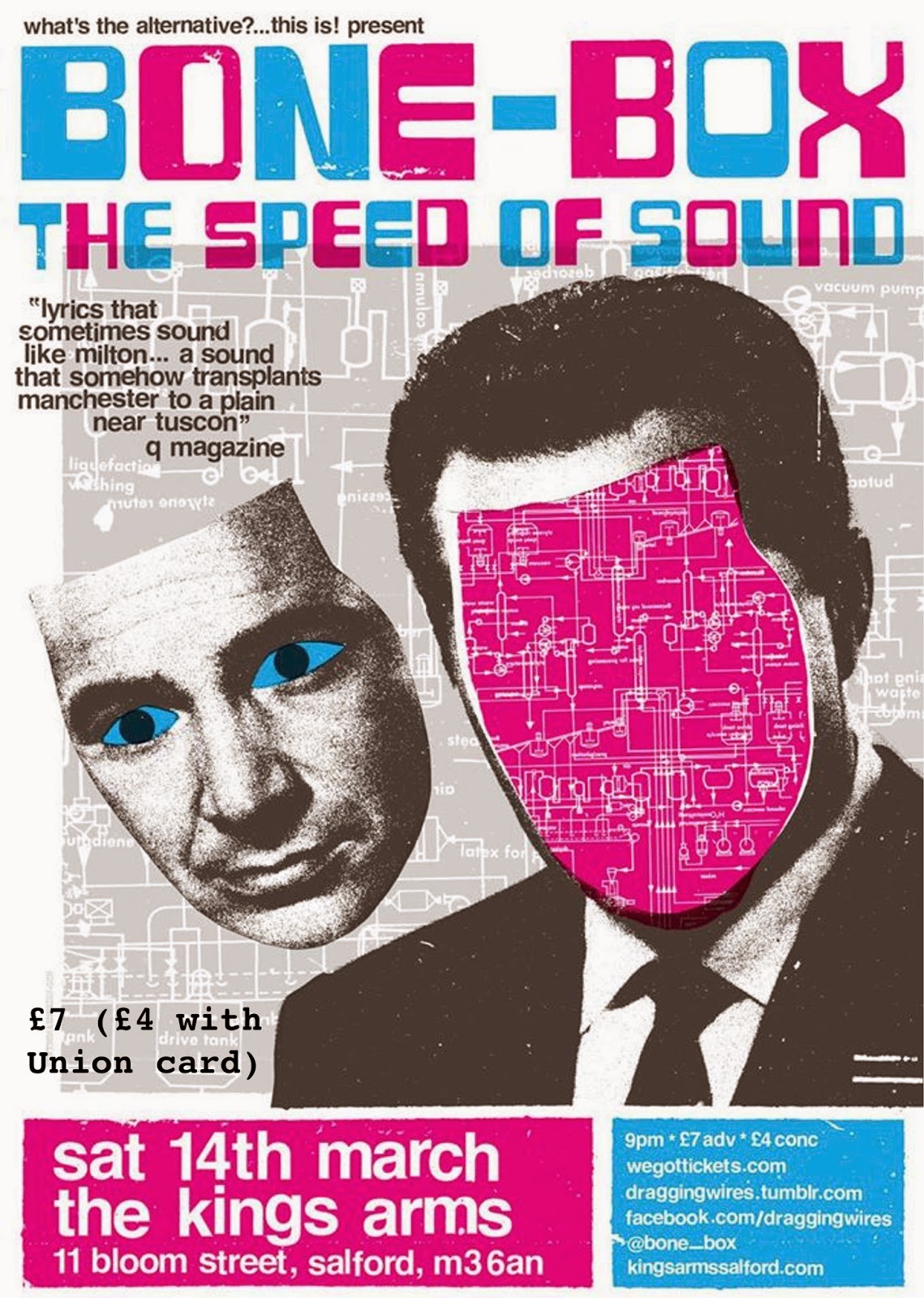 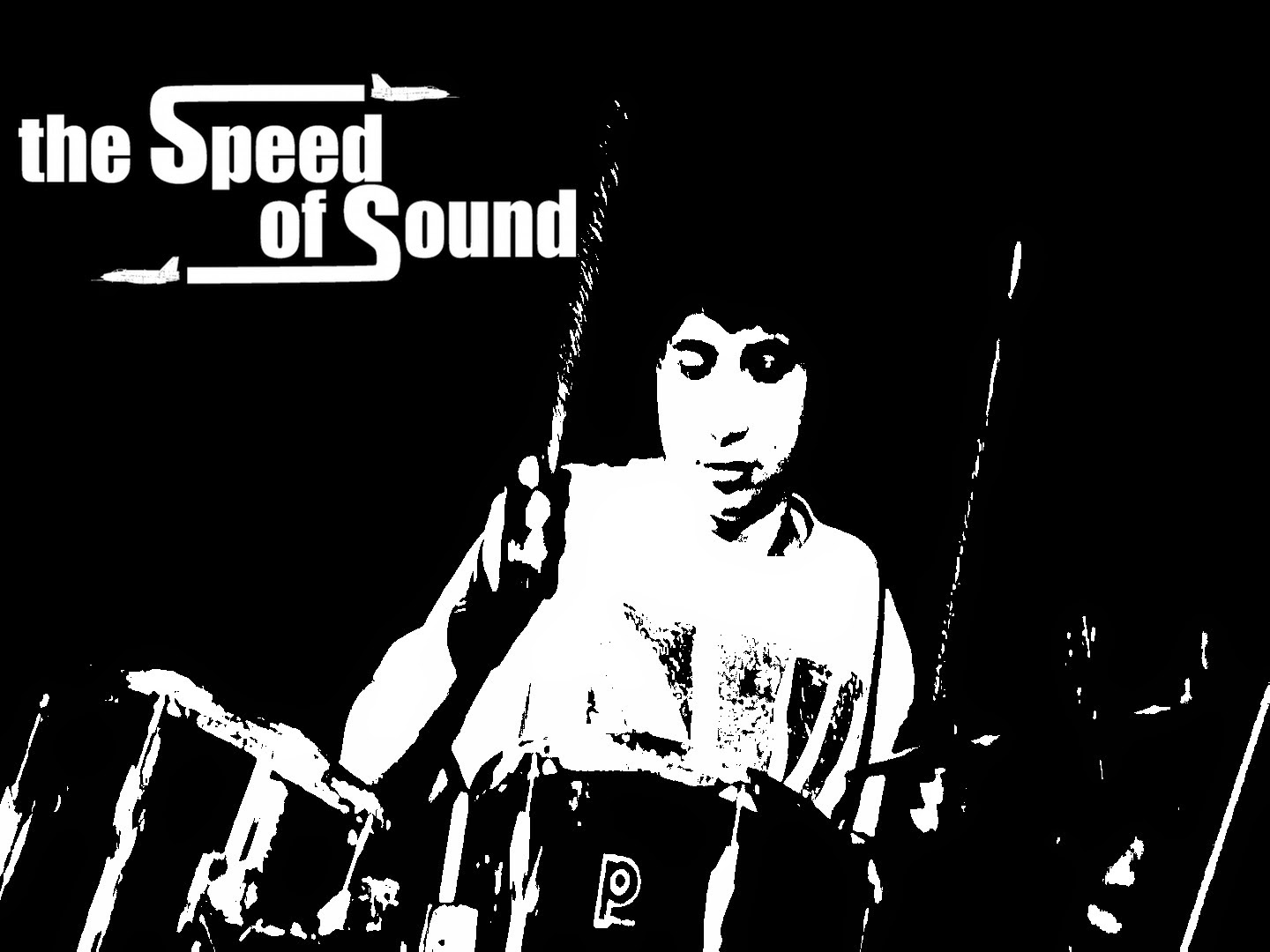 Thanks to Owen & to the next drummer.
Posted by TheSpeedOfSoundUK at 15:09 No comments: