What's The Alaternative?...THIS IS! with Little Sparrow adding some other worldly vocals to Day In Day Out, before playing her own shimmering set.
The Speed Of Sound set was:
Only Everything
Chalk Circle
Checkered Land
I Can't Say
Maid Of The Grey
Girl On The Roof
Seen It All Before
Love
Day In Day Out (with Little Sparrow)
There's No One There 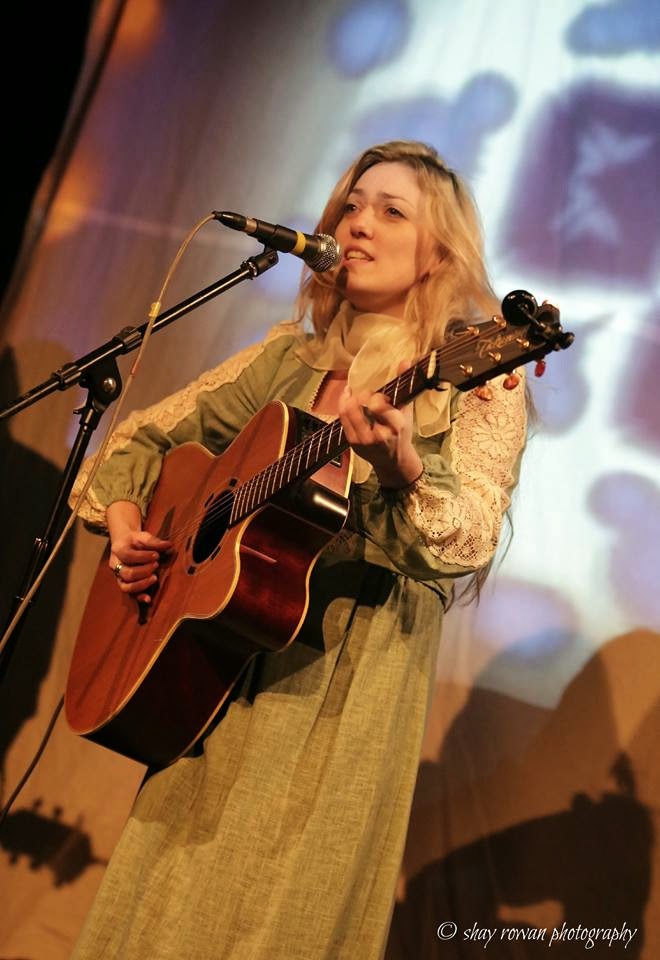 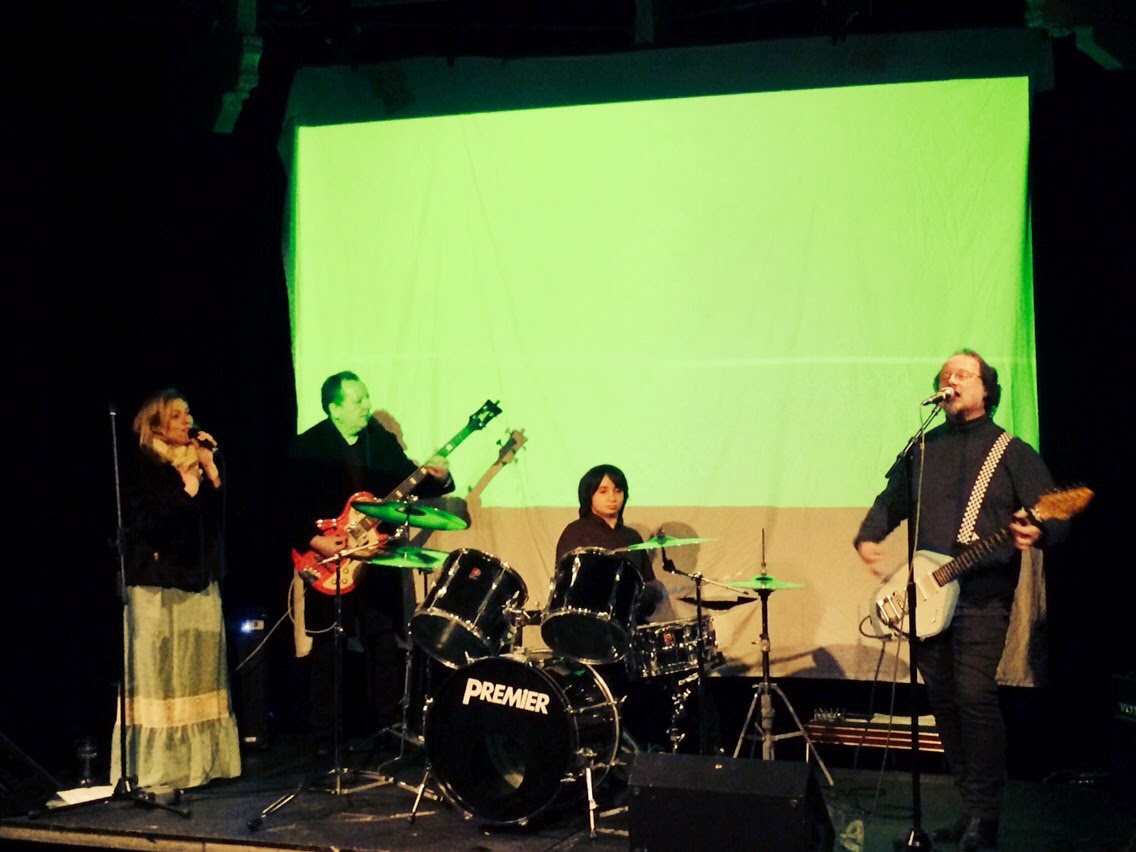 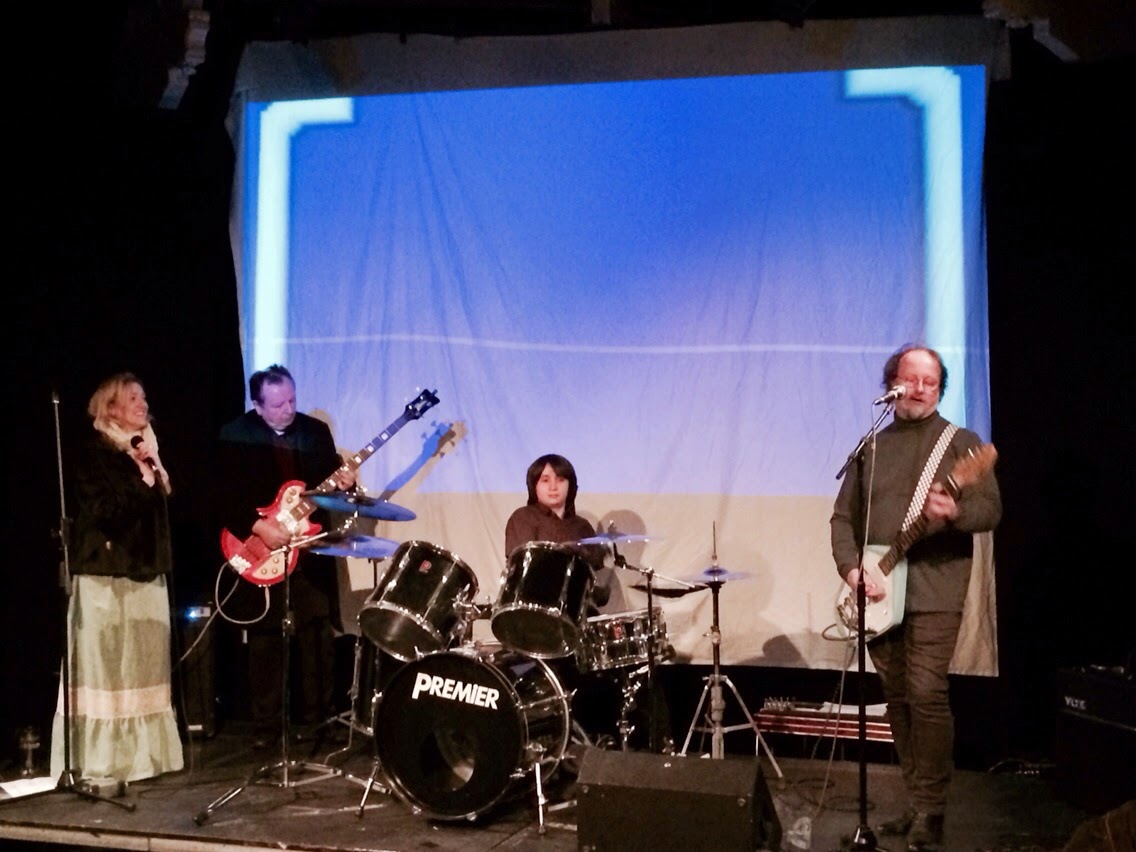 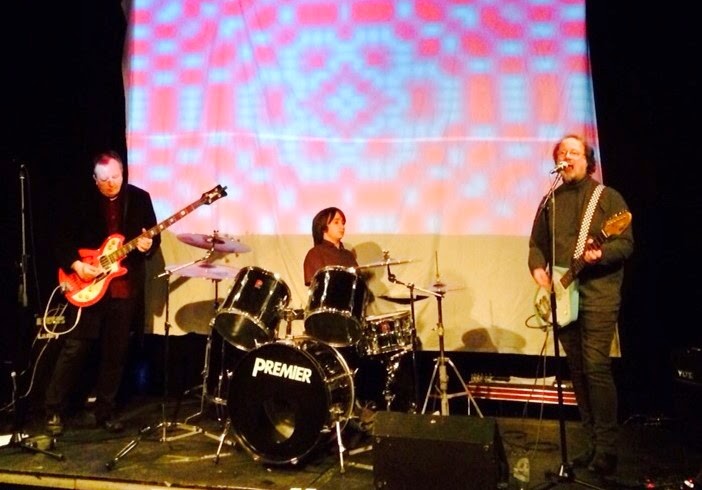 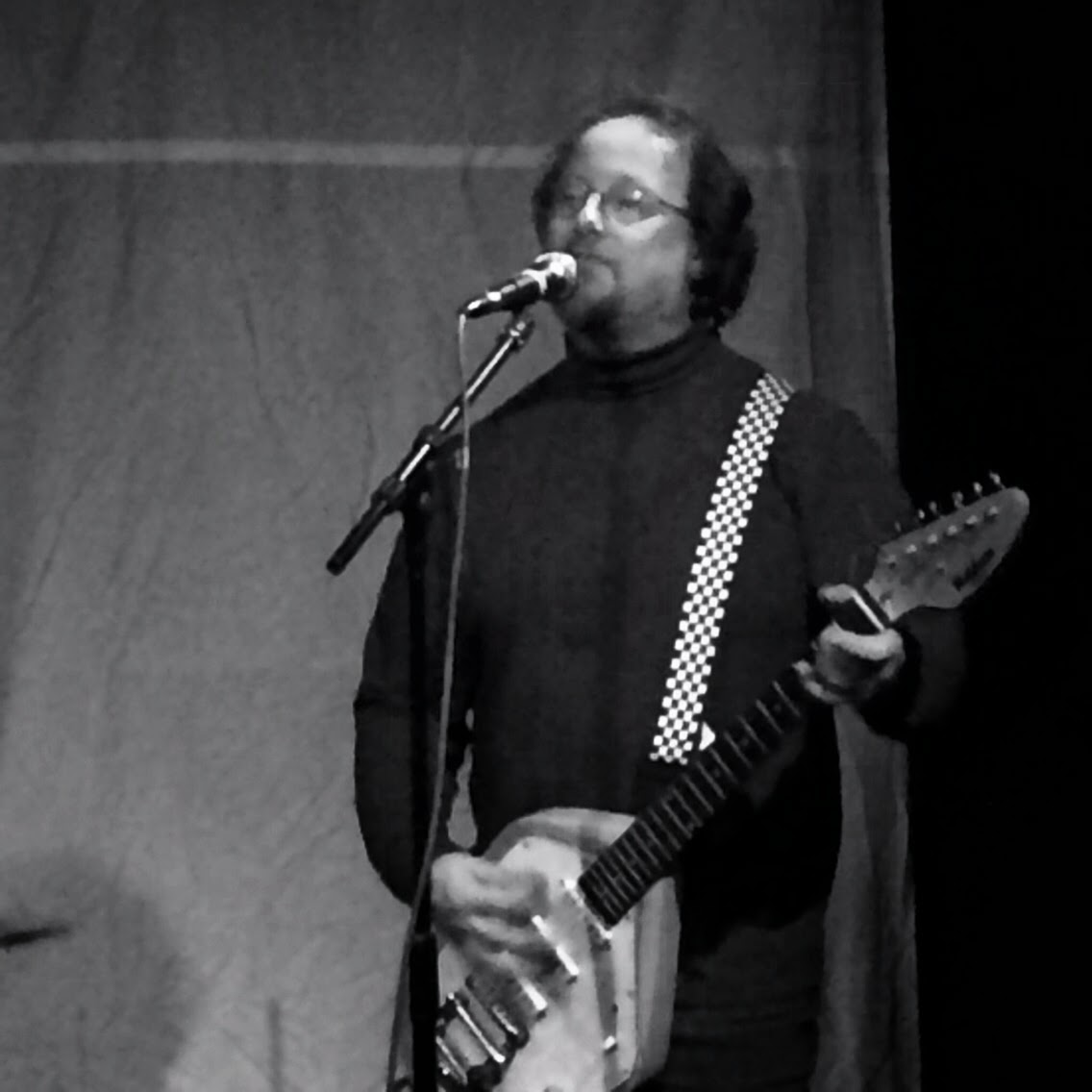 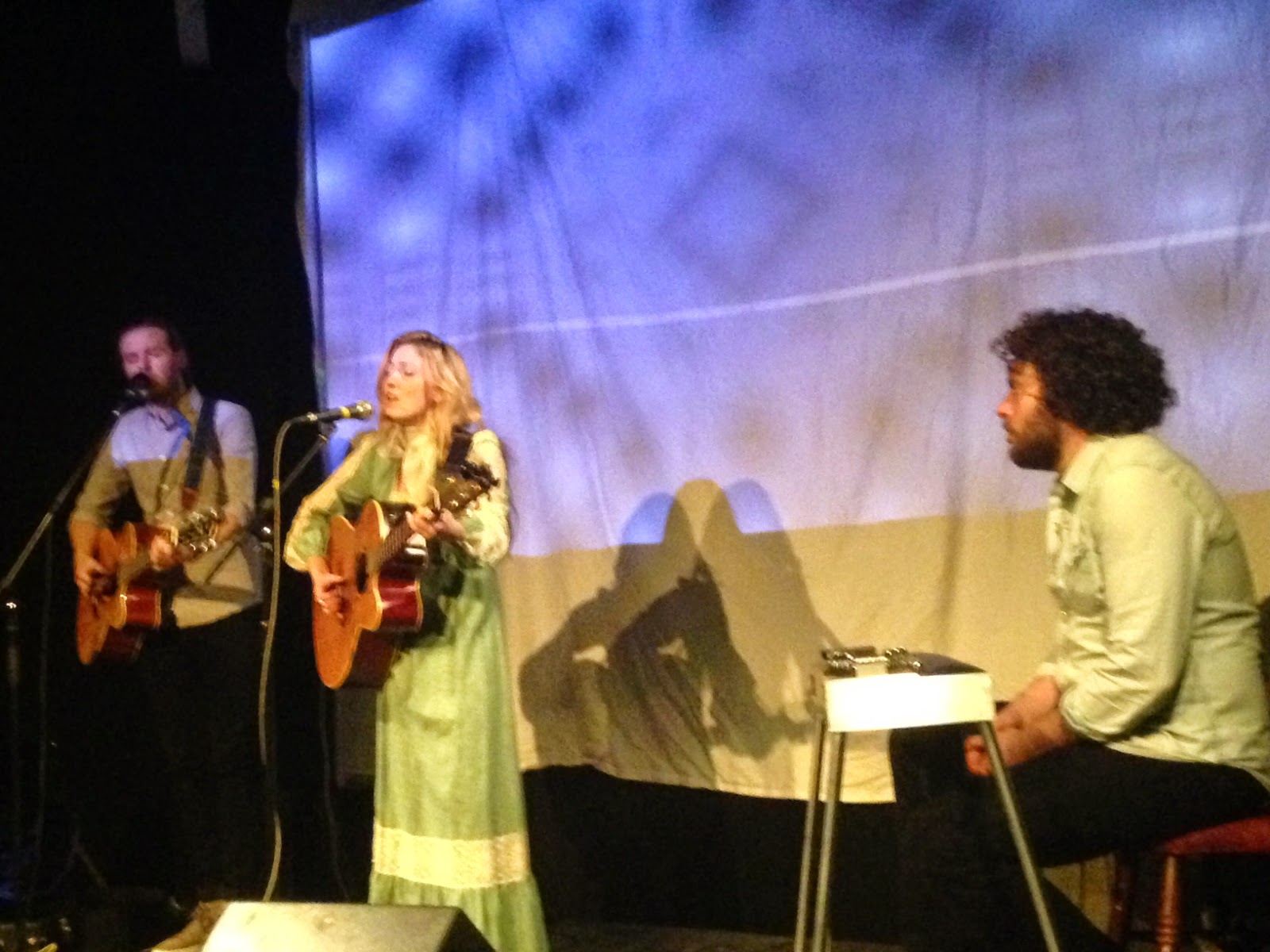 Posted by TheSpeedOfSoundUK at 12:46 No comments:

Live photo's from 'What's The Alternative?...THIS IS!'
With Turner playing I'm Real one of ours that hadn't had an airing for 25 years
Fantastic.
Set List:
The Changes
Sit By The River
Checkpoint Charlie
Glide On By
Maid Of The Grey
Seen It All Before
Day In Day Out
Checkered Land
Love
Girl On The Roof
I'm Real (with turner)
There's No One There 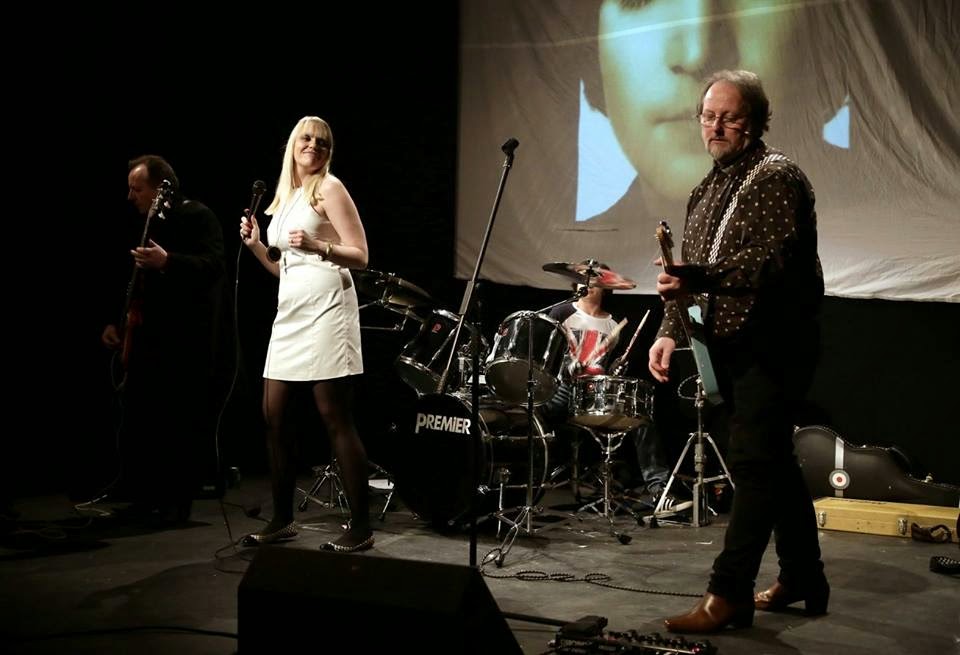 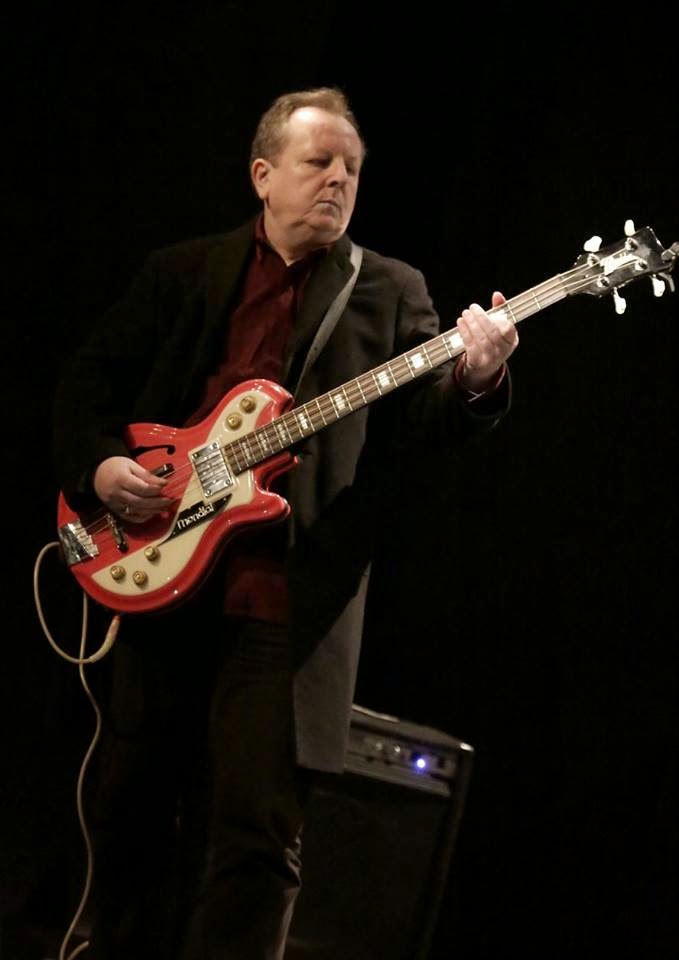 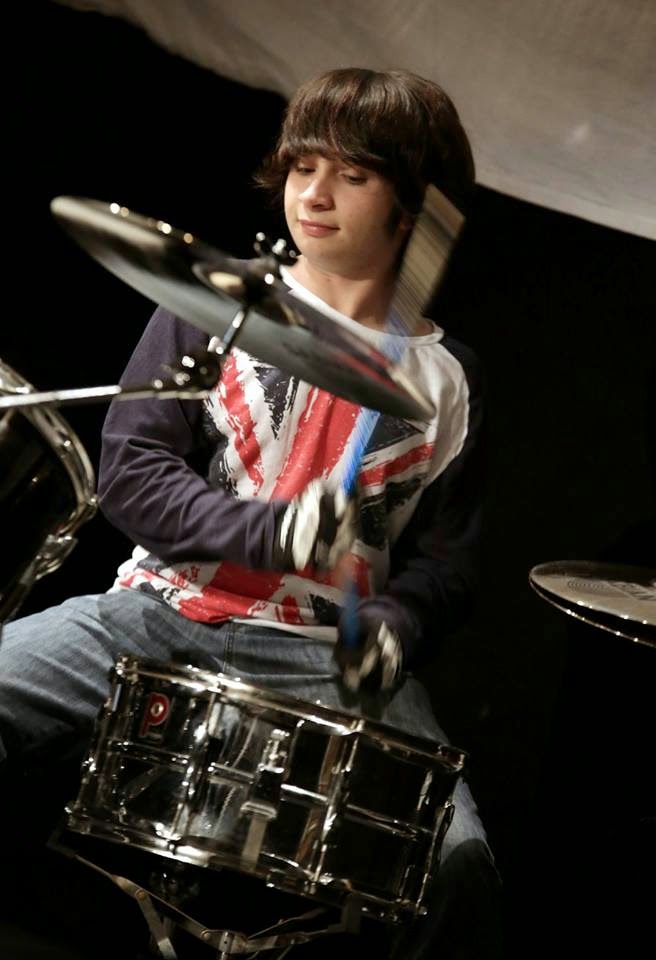 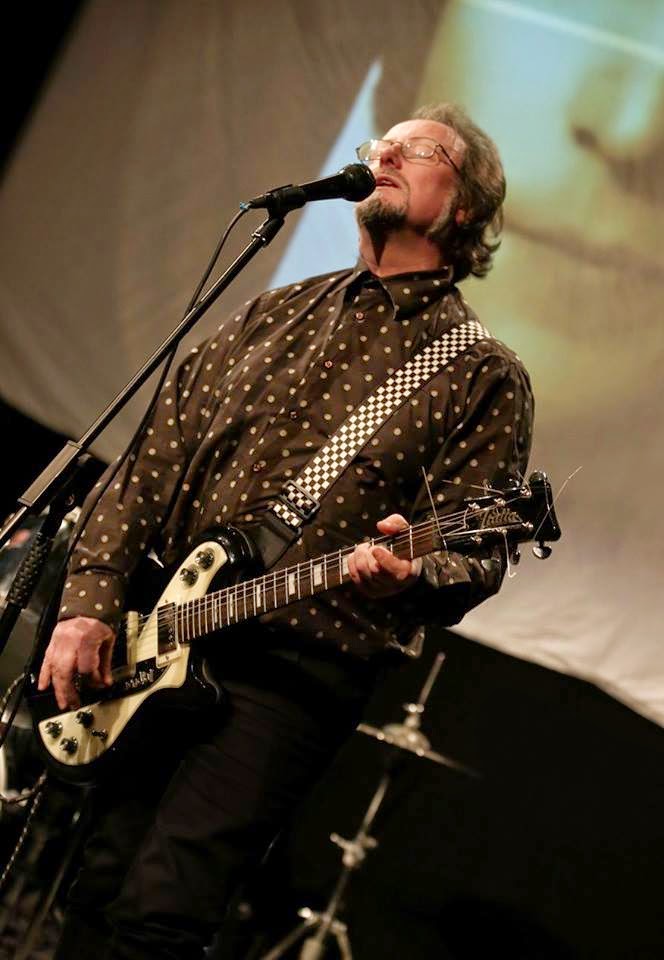 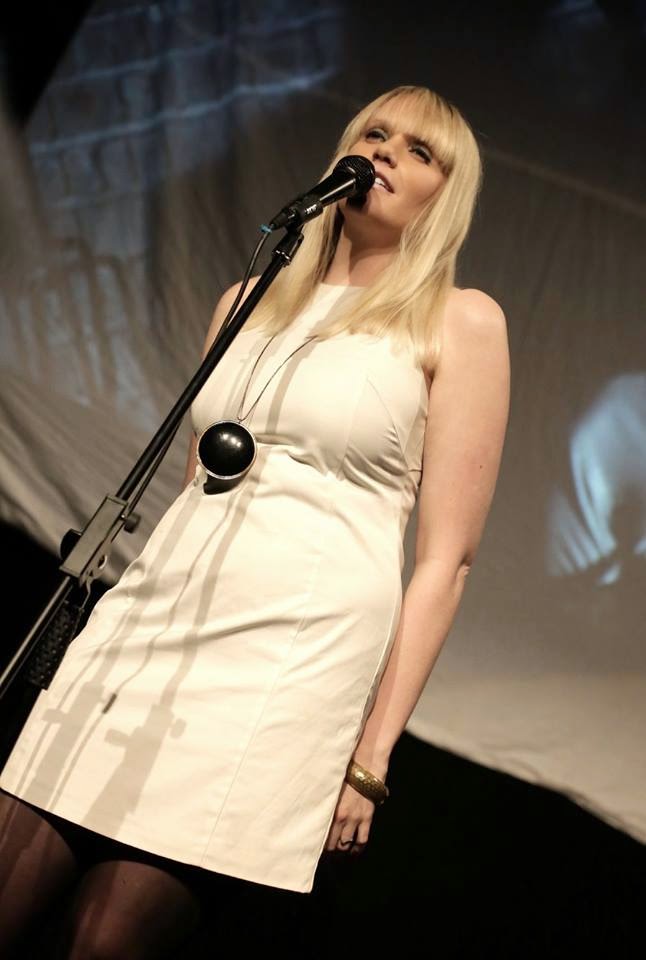 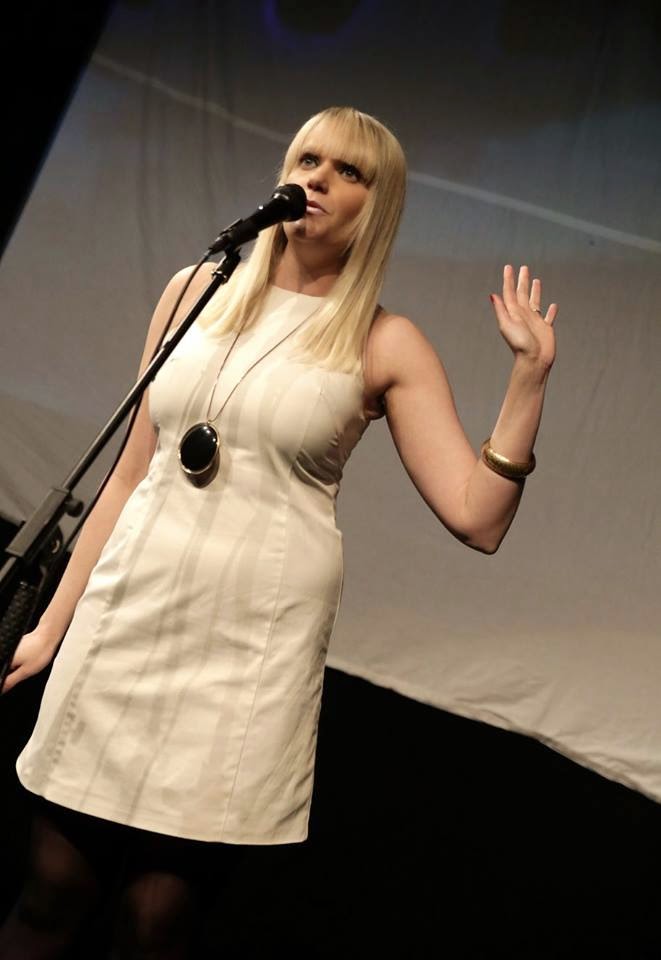 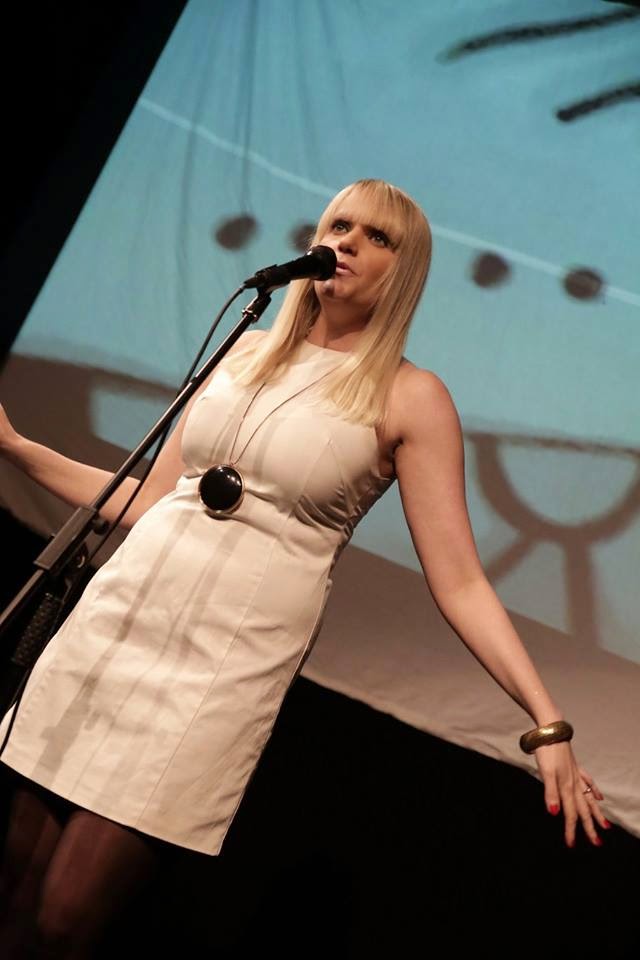 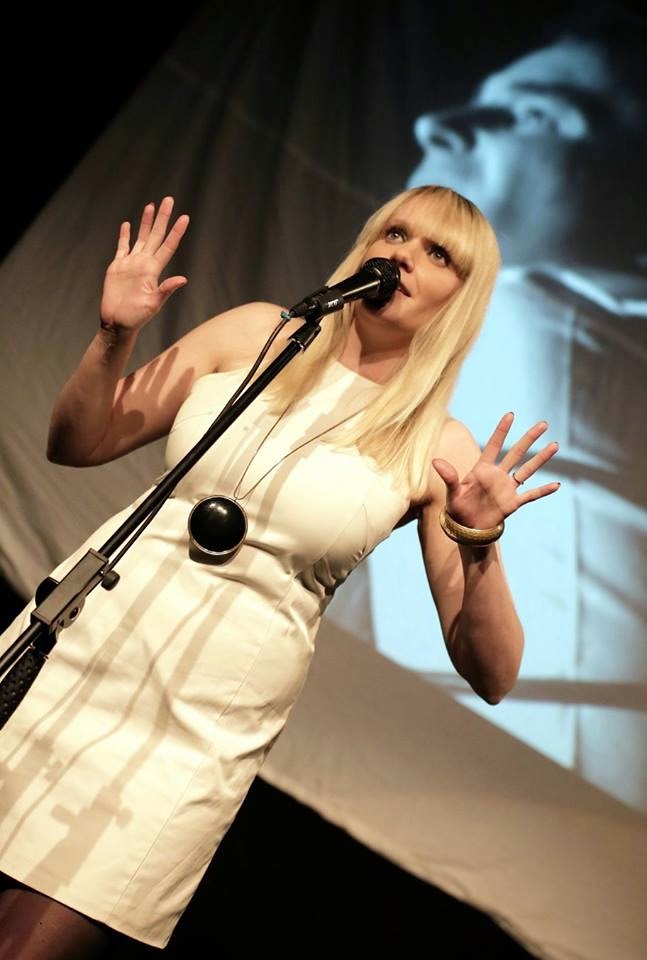 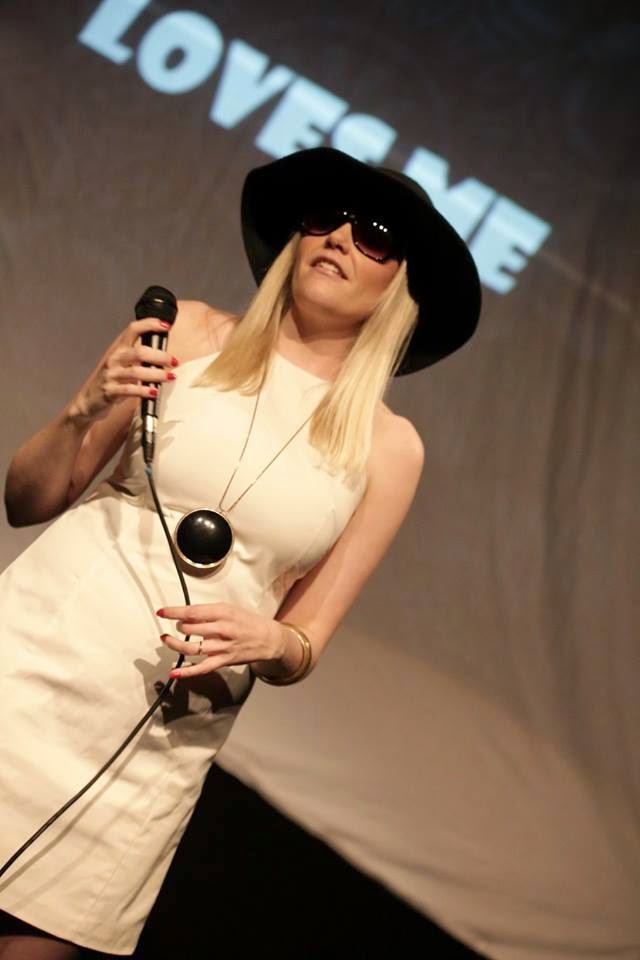 Posted by TheSpeedOfSoundUK at 12:33 No comments:

Whats The Alternative?... THIS IS! in the Manchester Evening News

The Manchester Evening News has a preview of February's What's The Alternative?... gig with Little Sparrow: 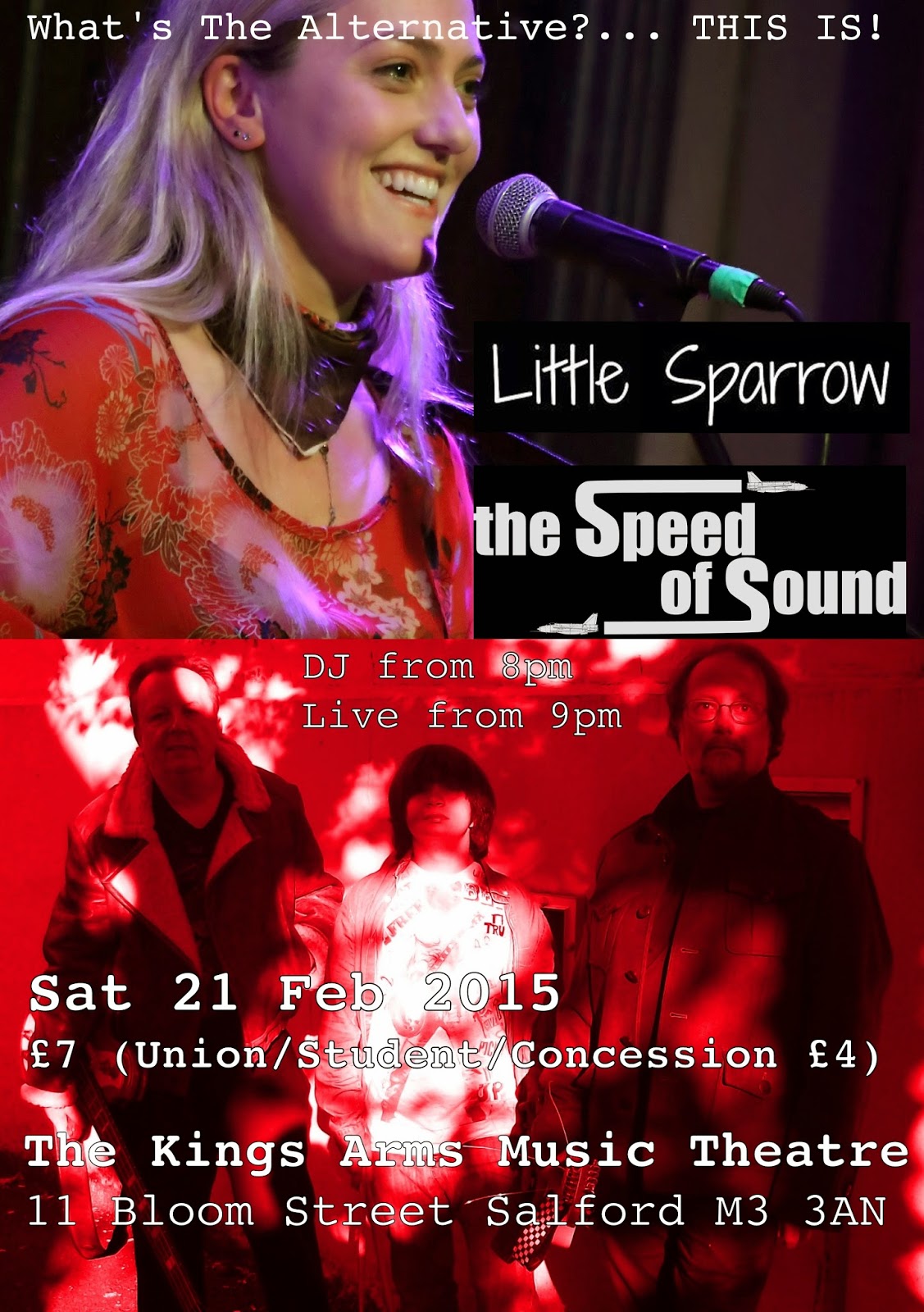 Reject corporate pop and revel in true independence.
South Manchester's Little Sparrow has developed into a uniquely talented artist through her imaginative song writing and the captivating delivery demonstrated in her live performances.
The delicately crafted songs contained within her debut album ‘Wishing Tree’ and her new EP ’Struck Gold’ combine flawless vocals, angelic strings and tender harmonies, taking listeners on a journey from heart breaking sadness to uplifting joy.
And Manchester's The Speed Of Sound continue to ply their original music that manages to cross the Velvet Underground with The Jam and Neil Young with Siouxsie & The Banshees in their own idiosyncratic manner.
Both will play 40 minute sets.
Live from 9pm.
Little Sparrow is as captivating to watch as she is to listen to.
Her beautifully emotive use of expression mirrors the sincerity of her delivery, making her someone not to be missed.
Her delicately crafted songs are created with a combination of flawless vocals, strings, guitars, percussion and tender harmonies.

Singer-songwriter Katie Ware adopted the name Little Sparrow about four years ago as she felt it characteristic of the sound she was beginning to create and the direction in which she wished to travel.
Drawing upon influences as diverse as Kate Bush, All About Eve and PJ Harvey she creates songs that are filled with a blend of styles, woven into the colourful tapestry of her music, often with a mysterious fairy tale quality.

Her debut album ‘Wishing Tree’ features brand new tracks written for the album and also those which have become favourites through her live performances.

She recently released her new EP 'Struck Gold' which along with the title track (taken from her album) contains two previously unreleased tracks.

www.itunes.apple.com/gb/album/wishing-tree/id871212909
www.uklittlesparrow.bandcamp.com/album/struck-gold-ep
A growing amount of media attention and live appearances in 2014 culminated in her making an appearance at the beautiful Union Chapel in London.

2015 promises to be a very exciting year for Little Sparrow.
www.littlesparrow.org/
www.twitter.com/uklittlesparrow
www.facebook.com/singinglittlesparrow
www.youtube.com/user/uklittlesparrow
The Speed Of Sound
Purveyors of original independent Manchester music since 1989 with various lineup changes along the way but always retaining the same guitar/vocal combination of founder John Armstrong, Kevin Roache is the bands longest serving bass player and the pair are now joined by 18 year old powerhouse drummer Owen Deane.
"A cool mix of punk and The Byrds 5th Dimension LP" - LORD LITTER Radio DJ Berlin Germany
"Have you ever wondered what it would be like to hear a merger between Jimi Hendrix, The Rolling Stones and Lou Reed?... The vocals are dark and melancholy - they have an intense quality that makes me stop everything I'm doing and just listen. The music surrounding the words pulls me along like a tide, making me drift away from reality without feeling that I have an option" MUSICVSTHEWORLD BLOG
"Quite a modern folk rock feel with a definite dash of 80's post punk/alt thrown in... vocally there is a hint of Lou Reed, Iggy Pop, bit of Jagger, great sound. Musically the sound alternates between Rock; verging on heavy/psych to alt/punk with some great instrumentation along the way." MADFERRETS MUSICBLOG
http://thespeedofsounduk.blogspot.co.uk/
http://www.reverbnation.com/thespeedofsound
http://thespeedofsound.bandcamp.com/
£7.00 (£4.00 concessions)

We're going to take you through the looking glass...

The video for Checkered Land:
Filmed by Music Videos Manchester, mixing live footage with John Tenniel illustrations from Alice Through The Looking Glass plus additional images by Natalie Paddick of NPME Style.
We had a lot of fun making this, MVM 'got' what we wanted to do and had some cool input too, but they still indulged us by sticking to the precise frame image placement instructions we gave them. Natalie's photographs look spectacular anyway so it was fabulous to have them to play with, I thought the 'on the table' shot would work but ...wow. Thanks to MVM and NPME. Teamwork rocks.
Watch, enjoy and spread the word. Thank you!
Posted by TheSpeedOfSoundUK at 10:31 No comments: