It has 'been a bit intense' lately, very very busy, which means there is a lot happening. Thing One is: Huge thanks to Anthony 'Eddy' Edwards of Weimar for sitting in on drums since September 2017 and a big welcome to John Broadhurst who will be playing his first gig with The Speed Of Sound at the soon to be announced new single release gig. 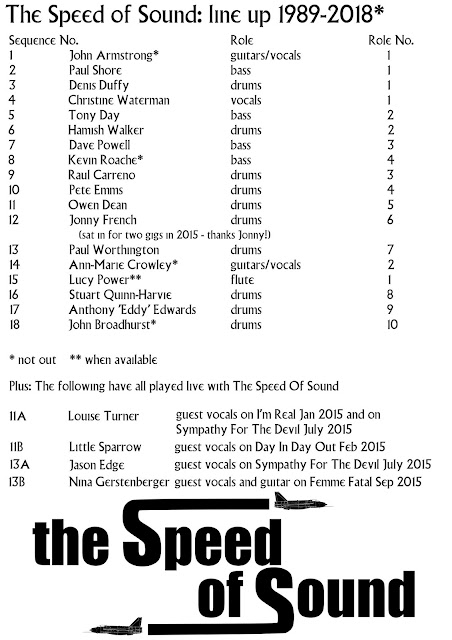 Meanwhile - for those that like lists - here's the updated personnel listing since the first EP released in 1989:

Posted by TheSpeedOfSoundUK at 17:40 No comments: