We're delighted to be included in the Power Pop and More compilation Power Popsicle Brain Freeze which is by the way Extremely Good... anyone that grumbles about 'the state of music today' should listen and it will not take long to realise the real grumble is with 'the state of the major labels today' and 'the media' which has no interest in 'interesting music' so simply ignores it, go on climb in and give it a listen
https://futuremanrecords.bandcamp.com/album/power-popsicle-brain-freeze 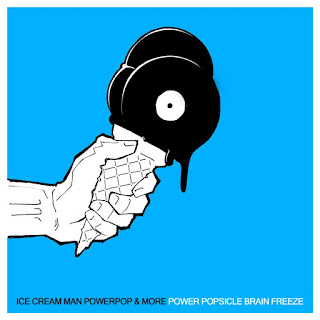 Posted by TheSpeedOfSoundUK at 10:16 No comments:

Email ThisBlogThis!Share to TwitterShare to FacebookShare to Pinterest
Labels: power pop and and more, power popsicle brain freeze, shut all the clubs

There's a live video from the Elizabeth Gaskell's House gig, eventually... there was a lot of work in making it watchable but all worth the effort.
It's all eyes on album release now and the artwork is almost finished for the inner and outer sleeves, the vinyl is at the pressing plant.
Its a huge project so there haven't been any post updates here for a couple of months,independence is great but there are times when it would be nice to have 60 hours a day to egt stuff done in. That isnt going to happen so it sometimes just take a while. The set list from the Luddstock gig was:
Girl On The Roof
Checkered Land
Brand New Cadillac
Karin B
Sit By The River
I Don't Want You Attentions
There's No One There
And a really nice little festival it was too, a great way to spend a July day and evening. We're back again next year.
Posted by TheSpeedOfSoundUK at 21:38 No comments: