Chalk Circle is about the danger of self-isolation and severing contact with the outside world as a means of emotional survival. 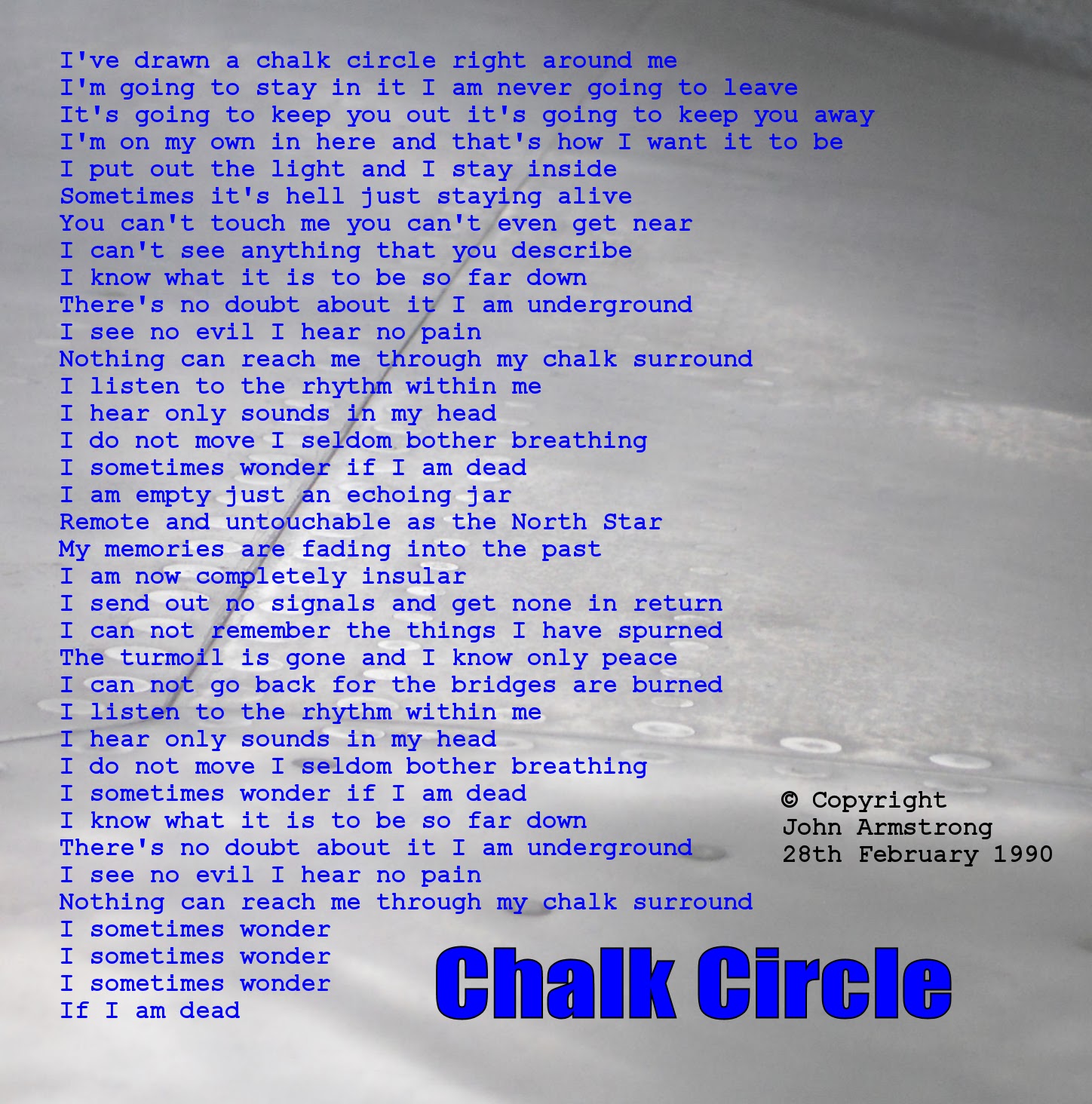 Inspired by the ancient notion of being protected from evil whilst standing in a chalk circle and also JW Waterhouses' 1886 painting The Magic Circle (which oddly seems to feature Siouxsie Sioux). Regularly played live and re-recorded in June 2010. 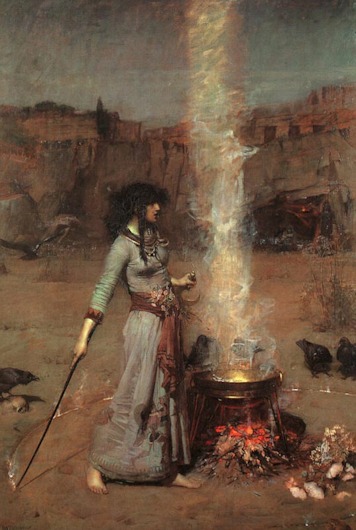 This isn't the only song on The Speed Of Sound At Tree Level to have been at least partly inspired by a JWW painting. If you have a day or two spare have a look at http://www.jwwaterhouse.com
Posted by TheSpeedOfSoundUK at 13:42