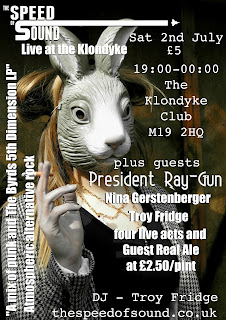 Posted by TheSpeedOfSoundUK at 18:28 No comments:

An indescribably fantastic night for the 50th Anniversary of Bob Dylan's 1966 Manchester gig when everything changed... not a commemoration of 'the "Judas" shout' it was a marking of the birth of 'loud'. Before Mr D's '66 tour amps were just used to balance volume to an acoustic drum kit, regardless of the size of the venue. Since then amplification is used to make EVERYTHING louder. Bands couldn't hear themselves above the audience noise and May'66 is when that changed. thanks Bob. And thanks to everyone that came including a lot of people that were at the Free Trade Hall half a century ago. 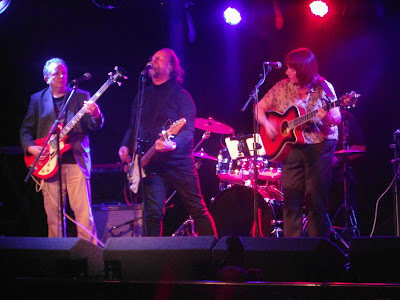 Drummers are always missing in photographs, Paul is there too.
Visions Of Johanna
photo by Jennifer Stevenson (thanks!) 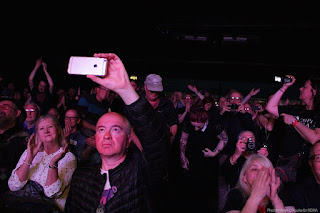 And this was our view:
Some audience photographs by Aidan O'Rourke 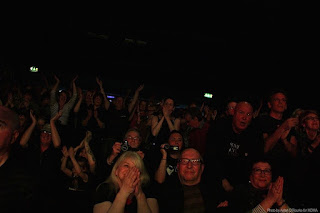 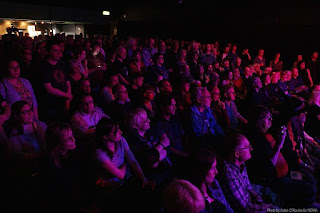 Posted by TheSpeedOfSoundUK at 21:48 No comments:

Email ThisBlogThis!Share to TwitterShare to FacebookShare to Pinterest
Labels: 'Judas!', Bob Dylan, electric50, the speed of sound, visions of johanna

We've been quietly working on a t-shirt with photographer Natalie Paddick, we previously collaborated with her on the videos for Shut All The Clubs and Checkered Land, and have also used some of here pictures on our gig posters. 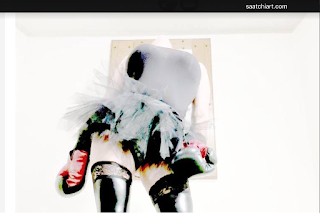 A selection of her 'boxer 'photographs are exhibiting at Saatchi gallery online, just
find their website and tap her name into 'search'.

It's a great pleasure to work with her again and they are very striking bold graphics, exactly what a band t-shirt should be like.

We'll have some modelled shots of the prototype in  a week or so, in the meantime here 's a preview: 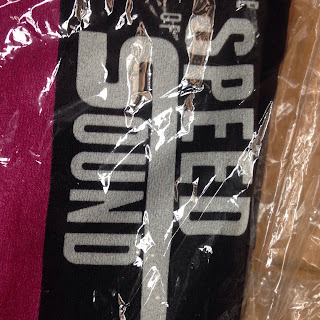 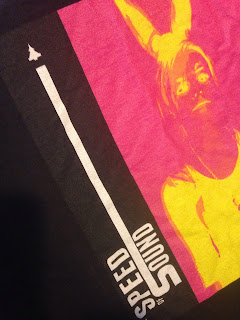 Posted by TheSpeedOfSoundUK at 17:18 No comments: