Camden Arts Centre (in London) held a Bruce Lacey retrospective until 16th September. He was George Harrison's gardener in The Beatles film 'Help' and among many other things built a robot that won Alternative Miss World. He is fairly eccentric. 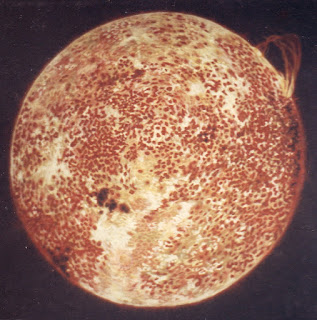 (Bruce Lacey's painting of the sun)

I performed with him in 1987; adding a layer of acoustic free-improvisation to a 'wedding' ritual he was presenting as the climax to his exhibition at Manchester City Art Gallery. 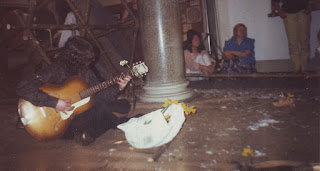 There was not much rehearsal; just a bit of pointing for positions and a couple of questions from BL: "What are you going to play?" "Something a bit like this..." he nodded. "What tree is that from?" (pointing at the wreath round the guitar headstock) "Hawthorne." All he said was "Wow." There have been longer auditions. 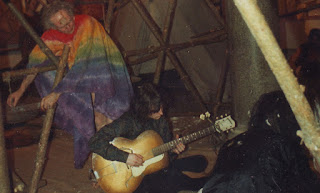 If you missed the exhibition the link here should still work.
Posted by TheSpeedOfSoundUK at 22:40