Song By Song - The Wargame 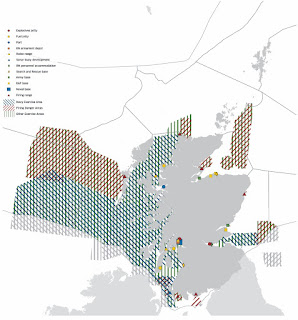 The darkness and silence of the ocean depths fill the Wargame with salt and stay; it dates from 1989. There was a series of trawlers being dragged and or sunk by submarines in the late 1980's the introduction of quick release mechanisms for nets has changed that but the the silent and invisible 'ungentlemanly weapon' still remains a menace to fishermen.
I had just read Edgar Allen Poe's short stories and their recurring themes of live burial and claustrophobia resonated with the disappearing trawlers and submarines in the news headlines.
Submarine exercise areas surround the British coast and there are also visiting (and not always invited) submarines present.
There are several recorded versions of The Wargame; the 2010 version on the 'At Tree Level' album, a live studio recording from late 2013, an 'unplugged' version from also from 2013 and the 'Everything Changes' album version of 2016.
Regularly in the live et, The Wargame has multiple different live recordings also existing from 1989 and 1990. The 2010 version has a video filmed in North Brewick, which has submarine exercise areas clearly marked just off shore on the standard ordnance survey map. 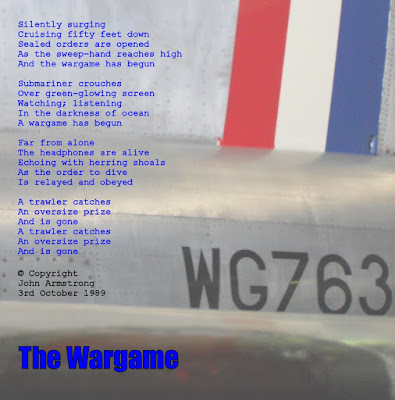 Email ThisBlogThis!Share to TwitterShare to FacebookShare to Pinterest
Labels: everything changes, song by song, submarine and trawler, the speed of sound, the wargame