We have a new single on the way... sleeve art: 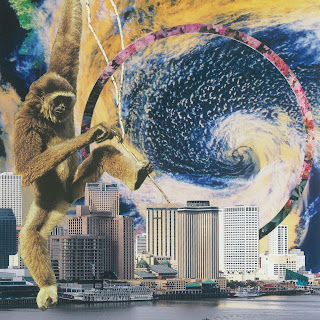 fabulous artwork by LocalHotelParking
More detail will follow...
Posted by TheSpeedOfSoundUK at 13:26 No comments:

Strange Days, as the say - and they are; we hope you're adapting to the circumstances.
We've been a little quiet lately, but its because we've been too busy to tell any one about it. We have a new single coming again on the lovely Big Stir Records of LA. We've been making video too, which is not easy when you can't get anyone together or film anything outside your house. But here's a teaser shot from one of the videos, we've edited in a little bit of film taken from a gig in back September, it feels so much longer ago than six months since then: 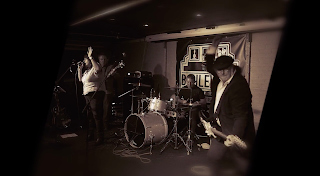 To add to that, we're still here and the website shop and Bandcamp are still open, the post is still going out and still arriving so don't be shy about picking up some limited edition independent music on vinyl or any of the other exciting items we have for you.

Posted by TheSpeedOfSoundUK at 17:15 No comments:

Big Stir Records of Burbank California have included two songs by The Speed Of Sound in their 5th compilation CD.
In their own words:
BIG STIR SINGLES: THE FIFTH WAVE crashes on your musical shore Friday, March 6, on CD and Digital Download, and is available for pre-order at www.bigstirrecords.com/storenow. It's the first instalment in the series for 2020, after the First through Fourth Wave CDs released throughout 2019 debuted to rave reviews and broke new ground for collections of their type, landing on Year's Best lists among proper single artist albums. The series is now firmly established as an ongoing journal of the best new music on the global pop rock scene, beyond boundaries of geography and label affiliation, and a reliably exciting rebuke to the charge that “there's no good music any more these days”. 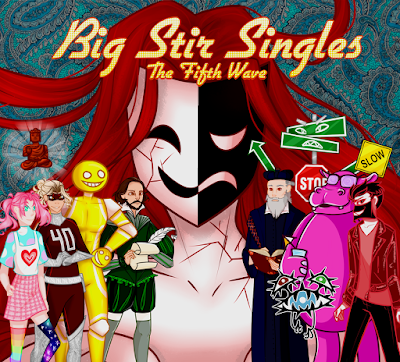 What makes The Fifth Wave special? As always it features an A-side and a B-side from each of the artists featured across the most recent months of the Big Stir Singles Series. As always it sports liner notes from a trusted authority on the music scene, as Tsar / Brothers Steve / GoAllTheWays drummer STEVE COULTER, under his crime fiction and pop critic nom-de-plume S.W. Lauden, joins the ranks of noted music writers Carl Cafarelli, Don Valentine and John Borack in doing the honors. And artist Ridley Broome has created a unique cover graphic depicting each of the A-sides in fantasy/superhero personifications, adding the character and quirk that collectors have come to expect from Big Stir's physical releases.
Yep. It's that cool.
Posted by TheSpeedOfSoundUK at 21:20 No comments: