back to the Fringe

Our second Greater Manchester Fringe gig of July had Millie Manders (between Tramlines on Friday and Blackthorn Festival on Sunday) and The See No Evils (two days after supporting The Sonics) and our second gig with new drummer Paul. Thanks to Fringe (and to the Kings Arms) as it draws to a close for another year. 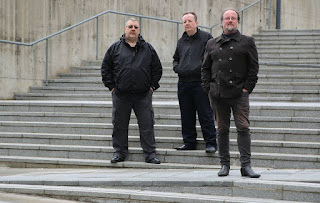 set list:
Uhrwerk
Checkered Land
Sit By The River
I Can't Say
Girl On The Roof
Maid Of The Grey
Love
Day In Day Out
Seen It All Before
There's No One There


The See No Evils: 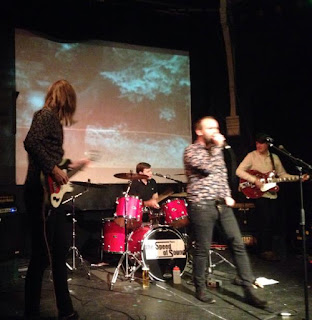 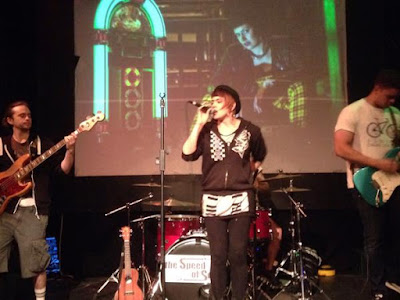 Next? Chris Pope on 15 August
Posted by TheSpeedOfSoundUK at 22:11 No comments: 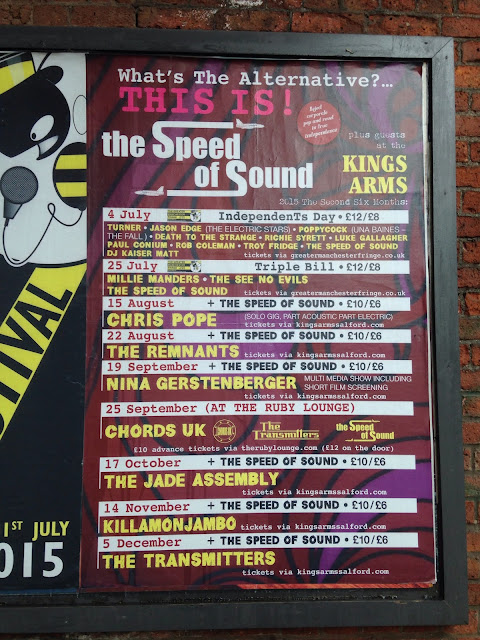 Posted by TheSpeedOfSoundUK at 18:44 No comments:

A bit of video from 'What's The Alternative?...' IndependenTs Day: this is the acoustic version of Day In Day Out, it was strange loading the car up with so little stuff for this gig, no effects, no amps a refreshing change and change is what keeps music live. 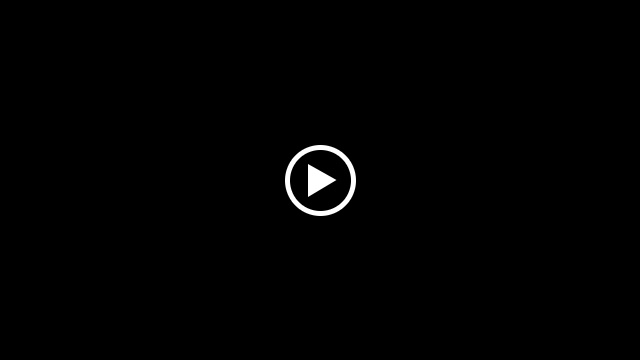 Day In Day Out was written in 1988 and is from the first album The Speed Of Sound At Tree Level.
Posted by TheSpeedOfSoundUK at 15:10 No comments:

IndependenTs Day at the Fringe

It was a hot night at Kings Arms on stage and off at IndependenTs Day; the "What's The Alternative?..." acoustic special for Greater Manchester Fringe, ending with a grand finale of everyone singing Sympathy For The Devil in a completely unrehearsed and spontaneous closing shot.

Love,
The Wargame,
Seen It All Before,
Day In Day Out
and
returned three hours later for the finale. 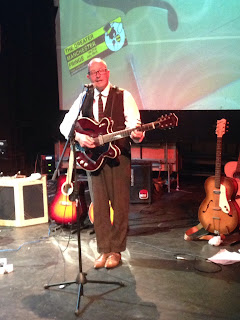 Troy Fridge played his first Manchester gig for 25 years and delighted with his beautifully quirky Diana's Kiss about building a time machine to visit Diana Rigg in 1966 and Wishing Boy... a song so memorable that it reminded Jason Edge he'd seen Troy at The Witchwood in 1989 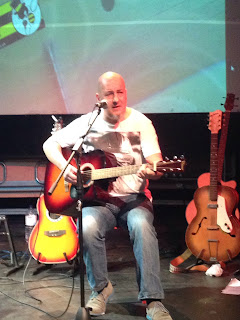 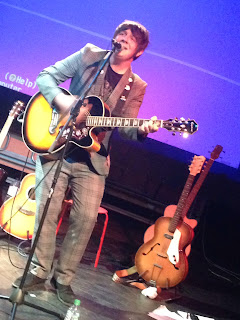 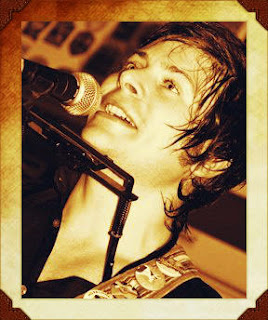 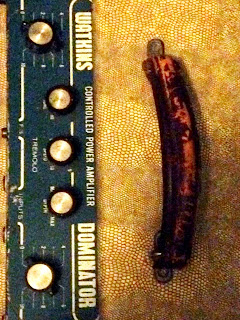 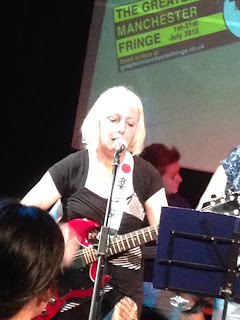 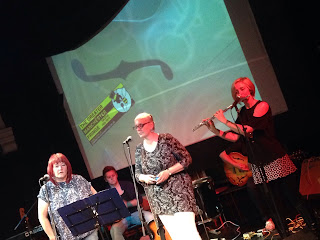 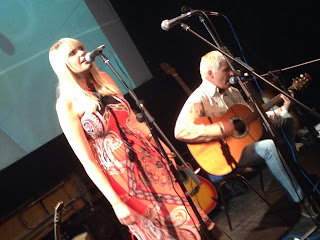 Jason Edge of The Electric Stars did a solo set (partly accompanied by Louise Turner on backing vocals) giving an airing to new songs from the as yet unreleased second album as well as stripped away versions of Stoned Again and Isolation from the first.

Turner performed her own set with just piano accompaniment including new songs from her imminent debut album before the grand finale closed the night. Spectacular. A whole festival packed into one evening. And certainly in the words of The Electric Stars it was Beautiful Music For Beautiful People. 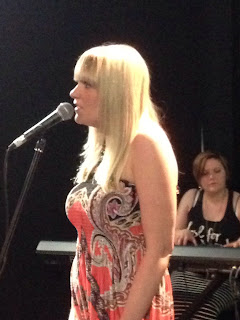 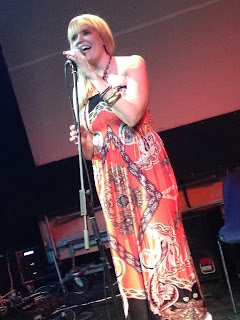 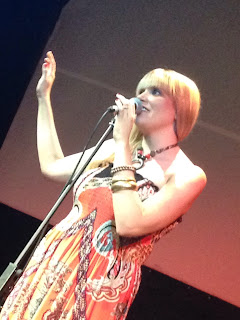 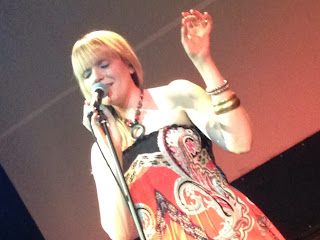 If you missed the acoustic special the electric Triple Bill is 25th July also at the Kings Arms.
Posted by TheSpeedOfSoundUK at 23:08 No comments: 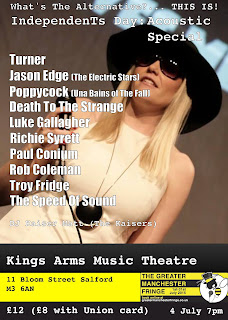 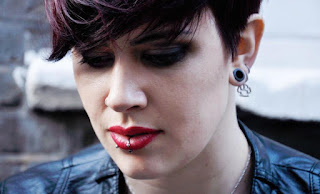 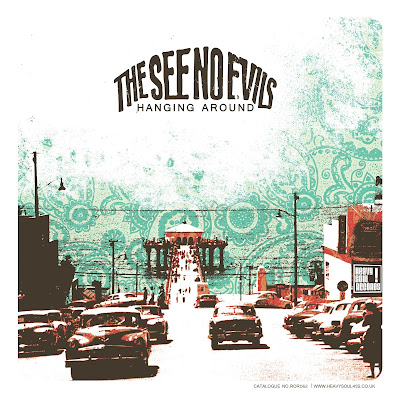 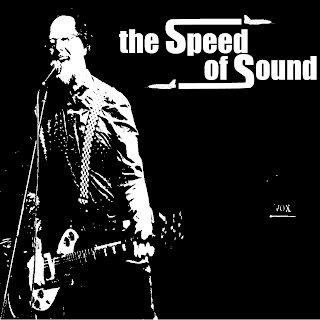 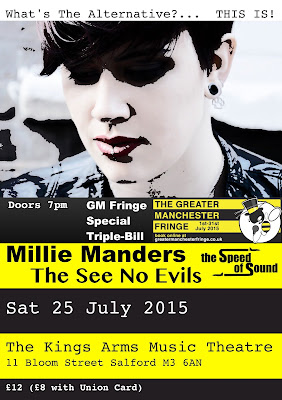 Posted by TheSpeedOfSoundUK at 11:15 No comments: